Former Australian F3 runner-up Ricky Capo will sample the new S5000 car at Phillip Island on Wednesday ahead of the series’ opening round in September. 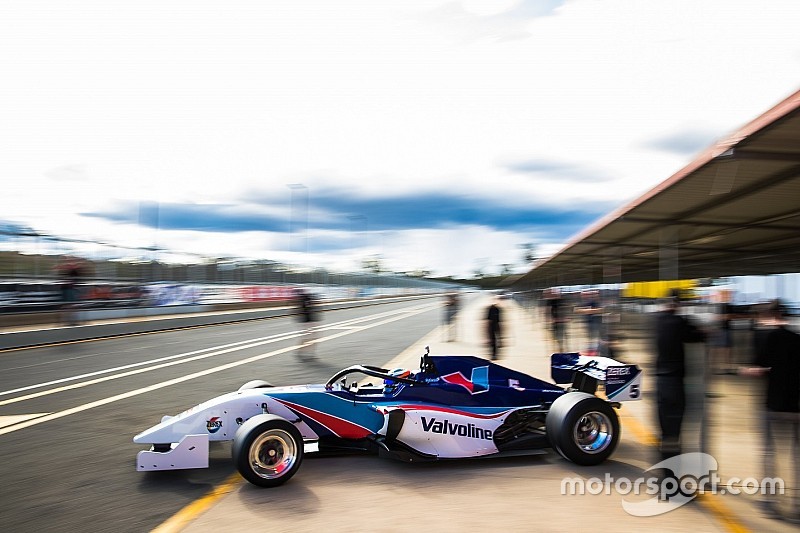 Capo is the latest driver to be confirmed for the one-day test, with John Martin, newly-crowned Australian F4 champion Luis Leeds and ex-Superbike rider Beau Beaton all being announced last week.

This will be a first outing in an S5000 car for Capo, whose previous racing exploits include a race-winning stint in the LMP3 class of European Le Mans Series in 2017.

“It will be good to compare what the S5000 is like to the other cars that I have driven in the past,” said Capo.

“Phillip Island is the ideal place for a test like this and will suit the cars. It’s a fast and flowing circuit, so it will give a really good indication on what power and downforce the car actual has."

Garry Rogers Motorsport has assembled five cars for the purpose of the evaluation test, which is being held to entice drivers for the new-for-2019 series.

At present, former Formula 1 driver Rubens Barrichello and Matthew Brabham are the only two drivers confirmed for the Sandown season opener, which is scheduled for the weekend of September 20-22.

Capo says he will use the experience gained from the S5000 test to decide whether to sign up for the series.

“At the moment, Sandown isn’t my main concern," Capo admitted. "I haven’t done a lot of racing this year, so I’ll just see how I go at Phillip Island before worrying about what comes next.

“I really feel that the S5000 category is going to work for Australian motorsport. Everyone is really intrigued. It has the right teams and people behind it, especially with GRM, and I’m looking forward to seeing how many cars and drivers there can be on track. I think it has a lot of potential.

“I’d like to thank GRM for the opportunity to test one of their new cars and I can’t wait to see what it’s all about.”