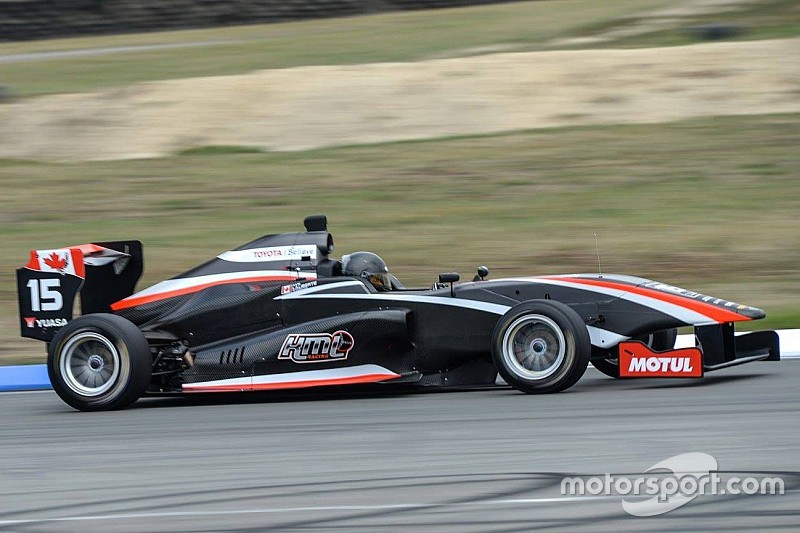 Canadian teenager participated in the Castrol Toyota Racing winter series in New Zealand this past weekend.

Laliberté and the other 19 competitors contested the final three rounds of the series on Manfield’s 3.03km road course. Racing for M2 Competition, Laliberté struggled in qualifying, claiming the 11th and 13th fastest times in the two timed sessions.

For the first, 20-lap race of the final meeting, he took the start in 11th place and finished at the same position. “It was really close competition”, said Laliberté. “In qualifying, I was just four or five tenths of a second slower than the fastest guys, but that put me way down on the grid. Plus, we experienced a problem with the rear wing. I got passed during the race and finished 11th, which is a disappointing result.”

Laliberté gridded 13th for the second race of the meeting. After two laps, he was up in ninth place and a red flag came out. “At the restart, one car rear ended me and took me off the track. That was it. My race was finished,” the 17-year-old explained.

The final race was a long, 35-lap event titled the New Zealand Grand Prix. “Nothing exciting happened during that race. I started 13th and finished 13th. I had to defend myself a few times and despite my efforts, I could not challenge the guy in front of me.”

He and his management team will announce soon Kami’s plans for the rest of the 2017 season.