Manfeild TRS: Habsburg wins, Norris on the brink of title 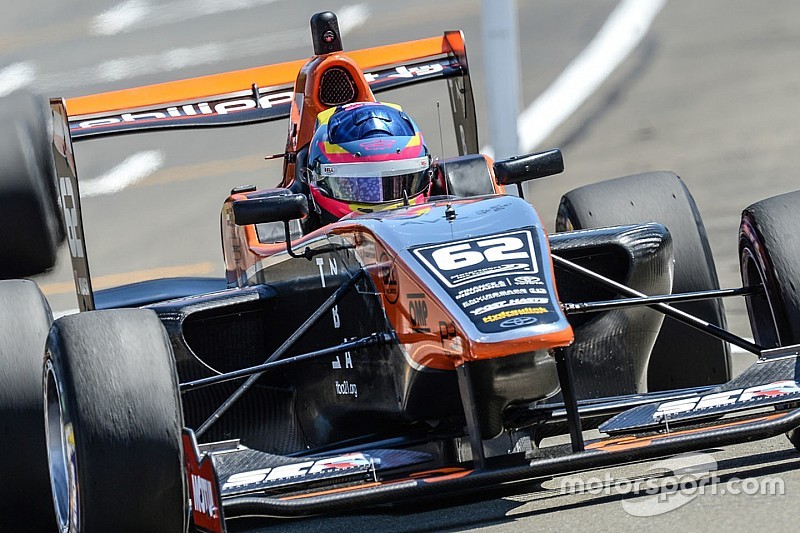 Toyota Racing Series' runaway points leader Lando Norris edged ever closer to his second title in single-seaters, despite losing out to Ferdinand Habsburg in Race 1 of the championship finale at Manfeild.

With closest rival Pedro Piquet recording his second retirement of the campaign after a clash with Artem Markelov, Norris moved to 115 points in the clear - with just 150 left up for grabs in the two remaining races.

The Piquet - Markelov incident took place on lap 4, bringing out the first safety car of the race.

At that point, Norris had headed the field, the Briton having pounced on poleman Jehan Daruvala off the line.

Crucially, Daruvala would then slip behind Giles duo James Munro and Habsburg after the restart and another safety car - for debris from Nicolas Dapero's car - meant the two drivers would get a shot at Norris.

When the race resumed, a three-way tussle for the lead saw Habsburg move up from third to first with nine laps to go, and the Austrian made the most of the opportunity, going on to record his second win in the championship.

Munro subsequently passed Norris for second to complete a Giles 1-2, with the Briton rounding out the podium and Daruvala, who now stands as the championship leader's nearest rival, finishing fourth.

Brendon Leitch worked his way up from 13th to fifth, ahead of fellow Kiwi Taylor Cockerton and a recovering Markelov, with the top 10 completed by Devlin DeFrancesco, Antoni Ptak and Bruno Baptista.

Series returnee and Australian F4 runner-up Thomas Randle, back for a one-off after his race-winning campaign in 2015, took 14th from last on the grid.

Ferrari protege Guan Yu Zhou joined Piquet in the list of retirements with three laps to go - but while Piquet still retains narrow mathematical chances at the title, Zhou has been ruled out of contention.

A ninth-place finish in Race 2 will be enough to guarantee Norris the 2016 TRS crown.