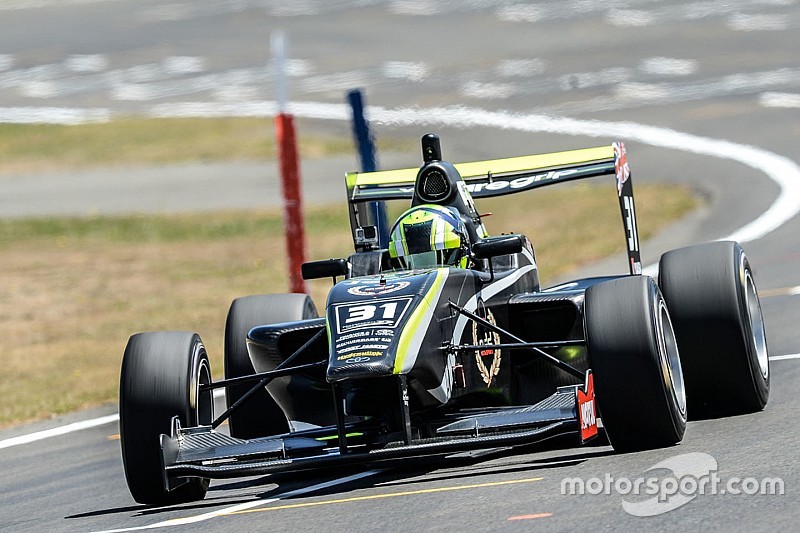 Toyota Racing Series champion Lando Norris has triumphed in the season finale at Manfeild, writing down his name in the history books as the winner of the 61st running of the New Zealand Grand Prix.

Norris, who sealed the TRS title with one race to spare, has become the first Briton to win the Grand Prix since Jackie Stewart, whose victory came in 1967 when the race was part of the Tasman Series.

Having started from pole, Norris maintained the lead off the line but couldn't shake nearest rival Pedro Piquet over the opening laps.

Their early battle was neutralised seven laps in by a safety car for Antoni Ptak being stranded in the hairpin - and, at the restart, Artem Markelov picked off Piquet for second place.

This gave Norris some breathing room, with Markelov having to defend his newly-gained spot and dropping a second and a half behind the Briton.

Although there were plenty of laps left to run at that point, the battle for victory was all but decided with the TRS champion managing the gap and eventually bringing the car home for his sixth win of the campaign.

Piquet passed Markelov on the final straight to take second, with the Russian completing an M2 1-2-3 and Giles driver Ferdinand Habsburg posting the fastest lap of the event in fourth.

James Munro was the top-placed Kiwi in fifth, holding off returnee Thomas Randle for most of the distance.

In seventh and eighth, Taylor Cockerton and Jehan Daruvala both completed their ninth race in a row in the top 10, with Kami Laliberte and Bruno Baptista taking ninth and 10th.

UPDATE: Piquet has been handed a 30-second penalty for overtaking Markelov under yellow flags, which has promoted the Russian to runner-up and Habsburg to the final spot on the podium.