The latest batch of Onroak-Ligier S5000 chassis have landed in Melbourne and are currently being prepped by Supercars squad Garry Rogers Motorsport.

The series has ordered a total of 14 tubs from the US-based manufacturer, including the prototype car that's been in operation in Australia since late last year.

The first four of the second wave of 13 chassis have now hit Aussie soil, with a dedicated crew put together by GRM now working turning the tubs into complete S5000-spec racers.

That includes fitting a modified cooling and exhaust system compared to the prototype cars, and the finalisation of the suspension and brake package specification.

The remaining nine chassis are set to arrive in the next few weeks.

“We’ve had the first car for some time now and we’ve been doing a considerable amount of testing, alterations and modifications to get to the next stage," said GRM owner Garry Rogers.

“The first batch of four tubs have arrived from Onroak, so we will assemble these chassis, implementing the developments that we have made to the original car, and then go to build the remaining tubs when they arrive from the USA.

“Interest in the category has been enormous. We get calls daily about when we will have these cars ready for sale and we’re finalising the project plans now.

“Everyone relates back to the old Formula 5000 days. Well, this is a much safer and modern version of that great racing category of that era.”

The inaugural S5000 series is set to kick off in May. 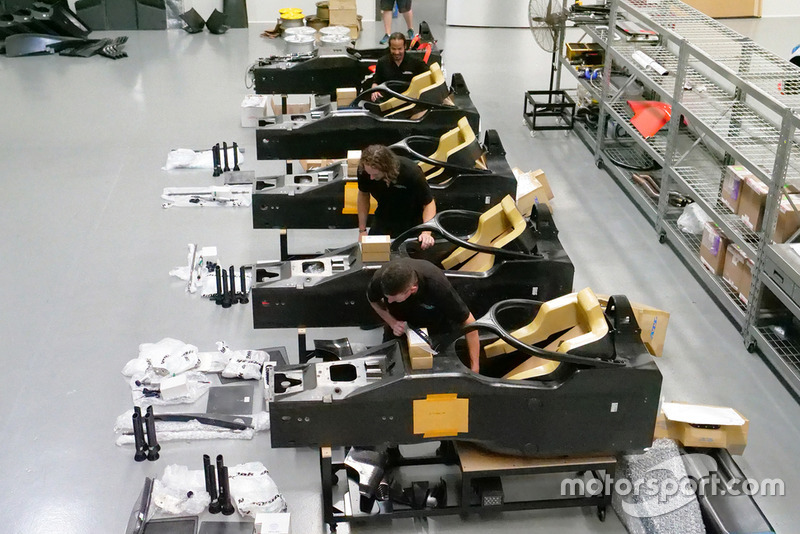