S5000 drivers will compete for the Alan Jones Cup at the Australian Grand Prix, as part of a wider initiative to celebrate past Formula 5000 legends.

Series promoter Australian Racing Group has announced that each of this year's six S5000 rounds will pay tribute to a legend of the V8-powered open-wheeler formula from the 1970s and 1980s.

The first is 1980 World Champion Jones, who cut his teeth in Formula 5000 in Europe, the US and his native Australia on his way to Formula 1.

Jones himself will present the cup to the winner after the S5000 feature race on the Sunday of Australian Grand Prix weekend.

“AJ has been a great supporter of the S5000 concept from the start, and has been there to run ideas past all the way,” said S5000 category manager Chris Lambden.

“It’s terrific that he is the first of the legends linked to our events this year.”

Jones said he's a genuine supporter of the modern iteration of five-litre open-wheeler races, claiming Australia's next F1 world champion may come from its ranks.

"It’s something that’s been lacking from Australian motorsport for a while,” said Jones.

“S5000 will provide a terrific challenge for young Australian open-wheeler drivers, and provide the environment in which to show what they’ve got in terms of serious open-wheeler credentials.

“I reckon Australia’s next world champion will come from S5000.”

A number of big names will be in contention for the Alan Jones Cup, including ex-F1 stars Rubens Barrichello and Giancarlo Fisichella, and reigning Bathurst 1000 winner Alex Premat. 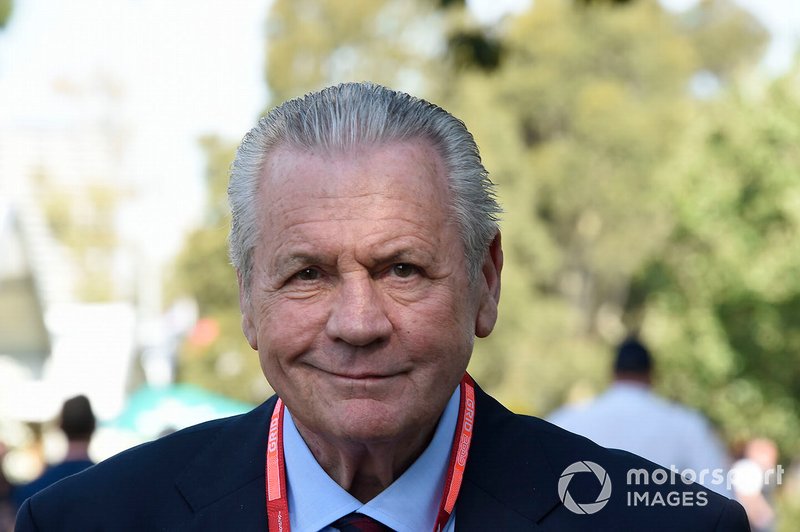