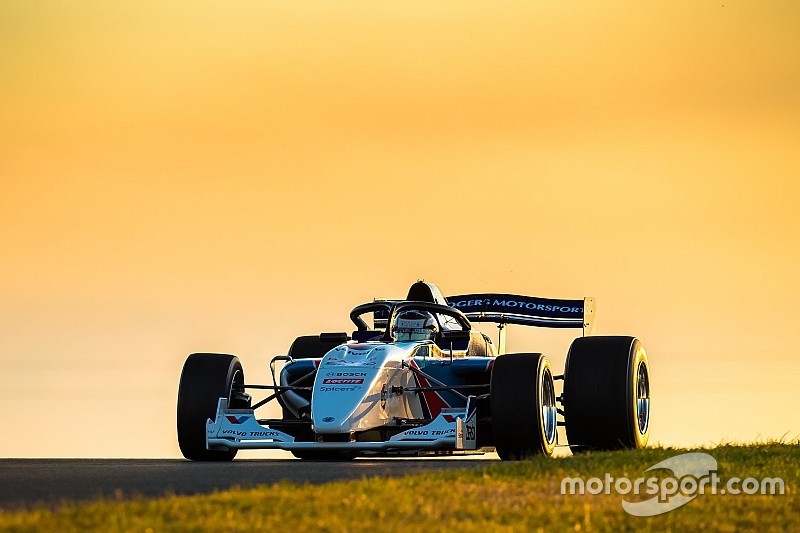 The V8-powered S5000 series is in contention for an Albert Park berth next March, as part of the support package for the season-opening Formula 1 race.

Australian Racing Group has already landed one of the categories it promotes on the AGP schedule, with confirmation that TCR Australia will open its 2020 season at Albert Park coming last week.

There have been preliminary talks about getting S5000 on the Albert Park bill as well, questions about a potential appearance next year drawing coy responses from both Australian Grand Prix Corporation CEO Andrew Westacott and ARG boss Matt Braid.

"Well, Craig Fletcher our General Manager of Motorsport is going through the schedule at the moment," said Westacott at the TCR announcement.

"We want to showcase categories that [create] crowd excitement, that are great for us commercially, and great for racing in Australia.

"We haven't finalised it all. We do know that Formula 1 is there, Supercars is there, TCR is there and Porsche Carrera Cup is there.

"There's a few other gaps at the moment that we're looking to do different things in for the 25th year."

Westacott also referenced the success of historic Formula 5000 as a support category at Albert Park, with the original 'big banger' single-seaters having raced at the AGP between 2009 and 2011.

"I do remember a number of years ago Formula 5000 was a fantastic drawcard, the rumble of those open-wheelers around the circuit was sensational," he said.

"That's why we're constantly innovating, and whether it's this year or future years we'll look at what's on offer and what's going to be exciting for the fans and generating interest in the motorsport community."

Braid added that discussions about the 2020 S5000 calendar are likely to ramp up after the series debuts at Sandown this September.

"S5000 hasn't actually started yet, September is going to be a big period for us to showcase it," he said.

"We've been very conscious of getting it properly done, with Garry Rogers Motorsport and the team doing a great job getting the cars properly developed and now ready to be manufactured.

"We want to showcase them on the track and then have the discussion about what opportunities there are at other events going forward."