An all-new team will field an S5000 for driver Michael Gibson at Sandown and The Bend this year.

Gibson, a relative unknown as a driver at national-level, will race one of the Onroak-Ligier chassis at the two rounds that form the shortened 2019 season.

The car will be run by a new team spearheaded by former Formula Holden racer Albert Callegher, whose ACM Finance company will also be one of the major backers.

“As a former team owner and driver in Formula Brabham [and Formula] Holden, I’m looking forward to backing Michael, with a view to growing a team much the same as I operated in the 1990s – only this time as a team owner,” said Callegher.

“Having watched S5000 evolve, and with my love of open-wheelers all the way up to F1, what has been created is a practical race car, economical to run, yet very fast – and with all the sound and looks of an F1 car to the average spectator and the corporate partners proposing to join us.”

Gibson and Callegher only met for the first time several weeks back, thanks to S5000 category manager Chris Lambden.

“This entry represents one of the things we hoped to achieve with S5000,” said Lambden.

“Knowing Michael had the basics of a budget, and the motivation to get involved, and on the other hand Albert – a former racer with the desire and capability to create a team – we simply brought the two of them together.

"They met for the first time a couple of weeks back and now we have a complete entry.

“People who can remember back that far will recall that legendary F5000 champion in the 1970s, Warwick Brown, got his start because his neighbour wanted to go racing… it’s great that we are able to put something like that together today.”

Gibson will join the likes of Rubens Barrichello, Matt Brabham and Will Brown on the Sandown grid in just over two weeks. 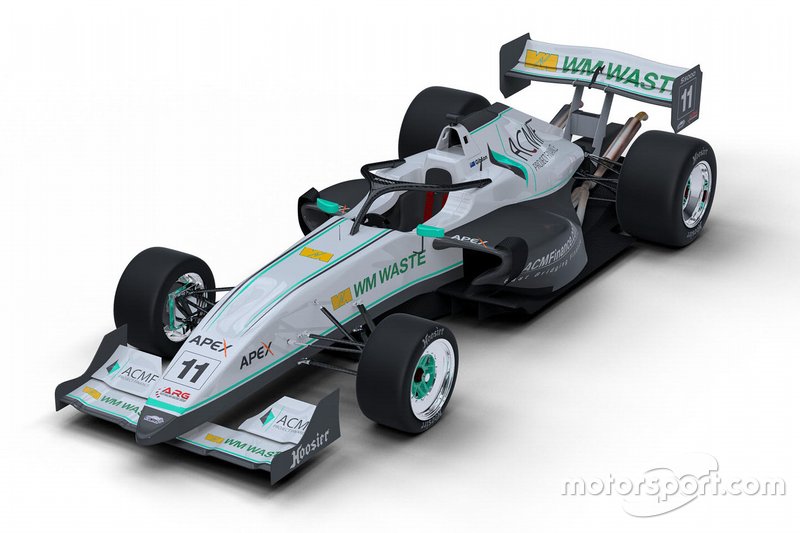