A number of drivers are getting their first taste of a V8-powered S5000 today at The Bend, as 11 cars take part in the official pre-season test.

With the countdown on to the first round at the Australian Grand Prix, the test in South Australia has seen a cast of series rookie sample the open-wheelers for the first time.

Leading the way is Indy 500 regular James Davison, who will make a one-off start for Team BRM at Albert Park.

Also in action today are expected series front-runners James Golding and Tim Macrow, the latter unveiling a new livery for his entry at the test (pictured below), along with Luis Leeds, Barton Mawer, Ricky Capo and Brayden Willmington. 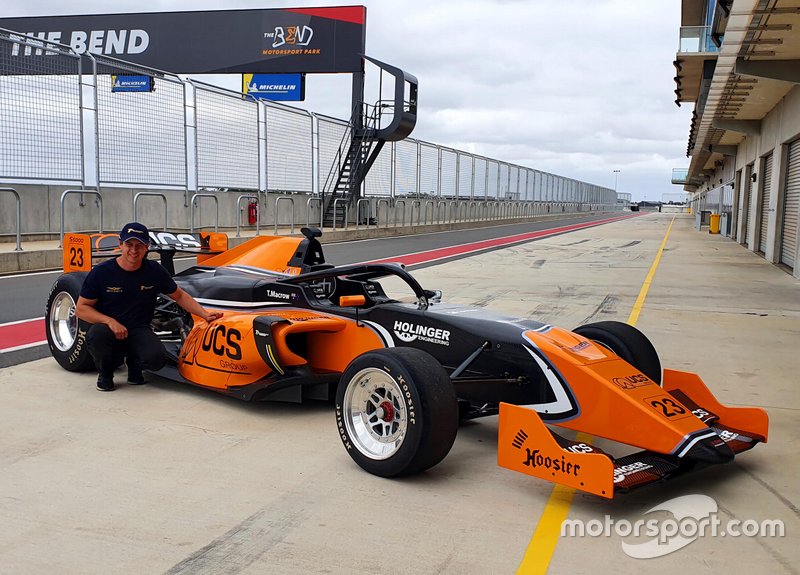