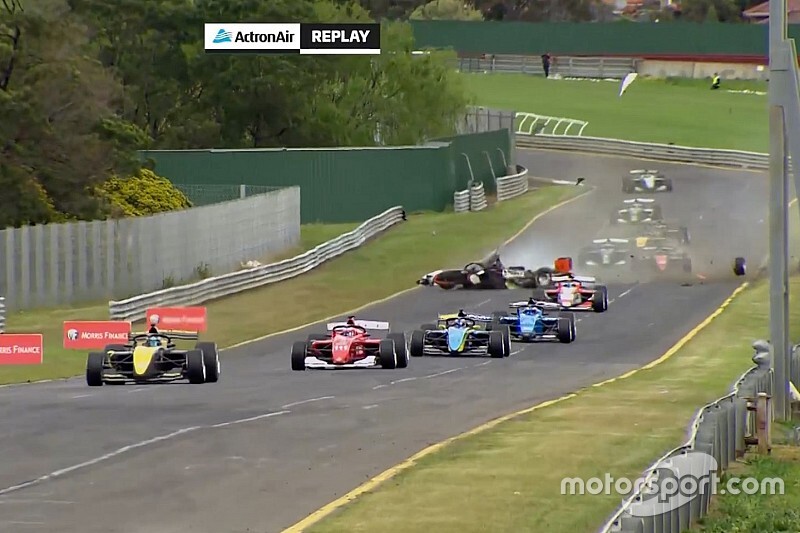 James Golding won a shortened S5000 feature race that was marred by a nasty crash for Alex Davison.

Golding had just inherited the lead of the race thanks to a Tim Macrow spin when Davison went into the wall midway up the back straight.

While Davison walked away from the wreck, damage to the barrier meant the race never restarted.

Polesitter Tim Macrow made a clean jump from pole, leading Golding and Rubens Barrichello into Turn 1.

By midway through the second lap the Safety Car made its first appearance to help clear Ricky Capo's car, damaged by first-lap contact.

The Lap 6 restart was a disaster for Macrow, a lock-up into Turn 1 leaving him badly beached in the gravel.

The Safety Car immediately returned, Golding taking over the lead from Barrichello and John Martin.

The next restart came on Lap 9, moments before Davison ended up in the wall and effectively ended the race.

Golding was declared the winner from Barrichello and John Martin, with Will Brown and Matt Brabham rounding out the top five.