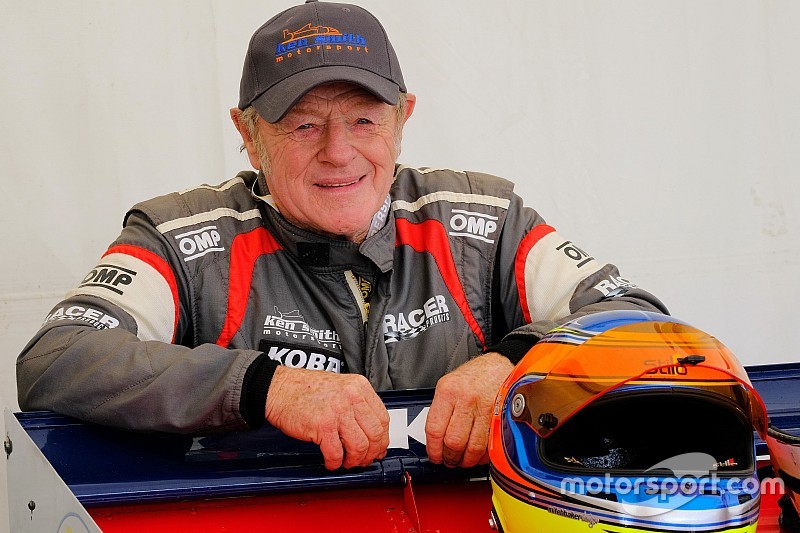 The 77-year-old will take on 15 young drivers at the annual NZGP at Manfeild this weekend, the race also rounding out the 2019 Toyota Racing Series season.

It will be Smith's 48th NZGP start from a remarkable career that stretches back to 1958.

“It is still just as exciting and just as much of a privilege it has always been to take part in the Grand Prix and I still treat it how I have for the past 47 years and more,” Smith said.

“My aim is always to be as competitive as I can be and to drive as hard as I can against some fantastic drivers and this year is no different.

“What’s particularly exciting for me is to be competing in a field with two great young Kiwi drivers.

"Liam [Lawson] is a truly exceptional driver. A racer for whom winning is everything. He’s a bit old school in that regard and he has the talent to go all the way, no question.

“Marcus [Armstrong] too is a very talented driver, I’ve watched him develop since his karting days and he, like Liam, is destined for great things.

"In my mind their battle and their rivalry has lifted both of them to exceptional heights in this championship.”

Smith is already a three-time NZGP winner, his first win coming in a Lola Formula 5000 car back in 1976. He won again in a Swift Formula Atlantic in 1990, before adding a third crown in a Stealth Formula Ford in 2004.

"Every win was special, of course, and every time I take part is equally memorable but there’s not a lot that beats the first time you win,” Smith said.

“I still want to win a fourth of course. Obviously it’s getting harder these days but I can definitely say I’m aiming to finish in the top 17!”

The legendary veteran is still active on the historic racing scene in NZ, breaking the outright lap record at Hampton Downs just a fortnight ago in a Formula 5000 car.