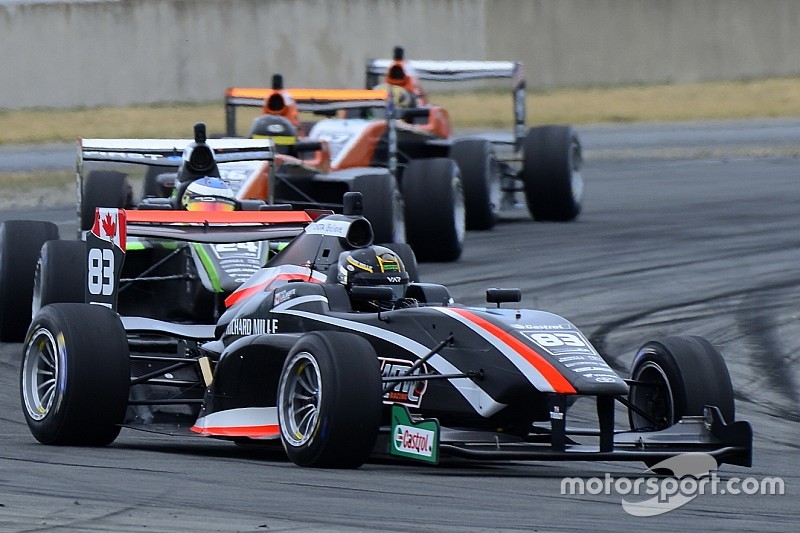 This past weekend’s three races were presented on the 3.5-kilometre Bruce McLaren Motorsport Park in Taupo.

Laliberté qualified sixth for the first, 15-lap race of the meeting. After a relatively quiet race, he crossed the line at the same position.

A draw decided the starting positions for the second race of the event, and a lucky Laliberté pick up the number one spot.

However, Sunday’s two races didn’t bring success for the Montreal-born racer who finished 11th and ninth. In the first race of the day, Laliberté lost first place to the hard charging Pedro Piquet, the son of three-time World Champion Nelson Piquet who went on to win the race.

On Lap 6, Laliberté spun and fell down to 10th place. He eventually crossed the line in 11th position.

The Canadian took the start of the final, 20-lap race in sixth place. He went backward and finished a disappointing 9th. “It was a tough day. I made too many mistakes today [Sunday] and clearly I am not happy with my results,” said Laliberté. “I now want to focus on the next race and do everything to do better next weekend.”

It will be the final meeting of the 2017 Castrol Toyota Racing Series. The three races will be held on the twisty 3.03km Manfeild road course.