The Toyota Racing Series will switch to the same Hankook rubber used in Formula Renault Eurocup for its 2020 season. 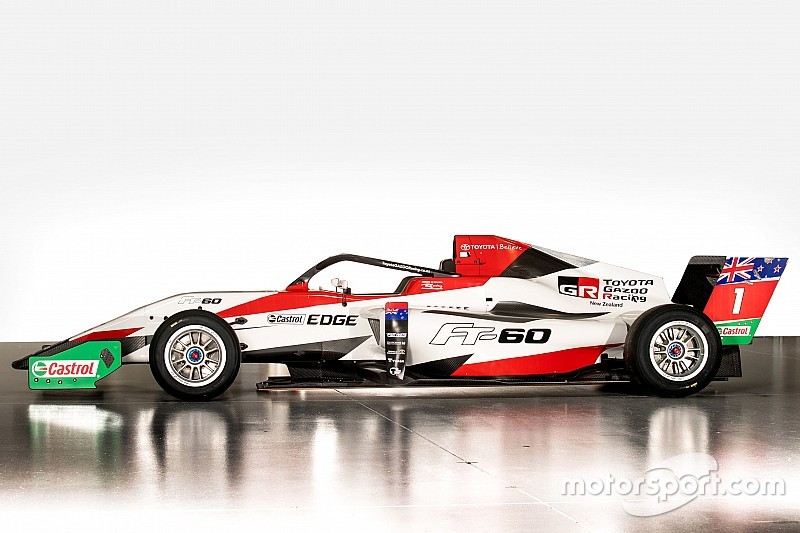 The New Zealand category announced at the recent launch of its new FT-60 chassis that it would move to a wider control tyre for 2020, but while the car was unveiled on a set of Hankooks there was no official confirmation of a deal.

It's now been confirmed that Hankook will replace Michelin as the control tyre supplier, the Korean brand set to provide the same tyre that's currently used in Formula Renault Eurocup and the W-Series – both of which also use the same Tatuus chassis.

"The F200 tyre that will be used in New Zealand is known for exceptional performance in the dry and wet as well as for durability and consistency," said TRS category manager Nicolas Caillol.

"It is also well known to engineers and drivers on the New Zealand racing scene too. It will be well-suited to our new car and to our tracks, and will definitely help ensure the series is close and competitive."

Each TRS competitor will have a total of 17 sets of Hankooks for the five-round series, and will be able to add two additional sets of wets to their bank if required.

The 2020 season is set to kick off at Highlands on the second last weekend in January and conclude with the New Zealand Grand Prix at Manfeild – Circuit Chris Amon in the middle of February.