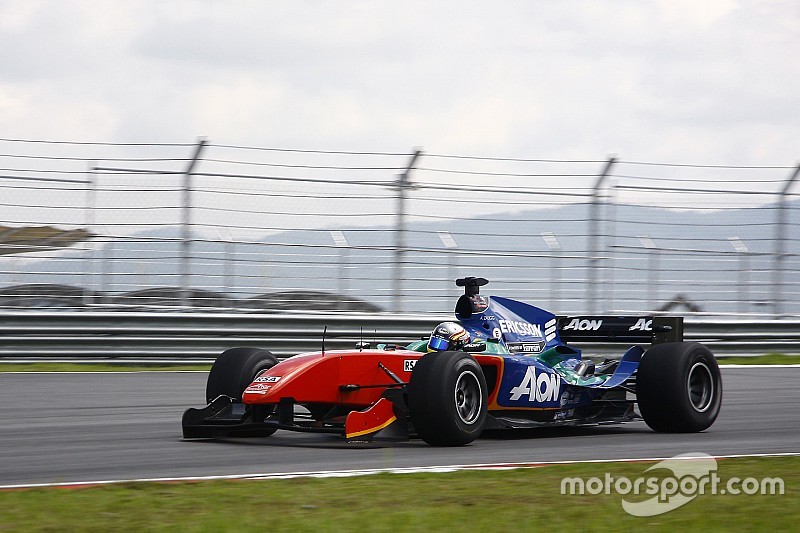 The fleet of Ferrari-powered A1GP cars is set to race again this year in South Africa as a lead-in to a pan-African series in 2020/21.

AFRIX GP, which purchased 21 of the second-generation A1 Grand Prix cars nearly four years ago, is pushing ahead with plans to launch an African series for the cars after securing new investment.

The group is aiming to hold two or three events between December 2019 and March 2020, which will include races at Kyalami, before the launch of what it is billing as the African Cup of Nations.

AFRIX first started testing with two of the cars in December 2015 and initially intended to kick off the series in 2016/17.

AFRIX commercial director Alan Eve told Motorsport.com: "It has been a long and tough road to find the right operating capital to launch the series.

"Now we have got the right investor in Izak Spies [whose background is in chemical engineering] and we are rock solid, so we can now say that we will have the first race at the end of this year.

"Kyalami is probably where we will start off in December, but the Durban street circuit [which hosted A1GP races in 2006-08] is keen to have an event and still has all the kit to put on a race."

Eve revealed that AFRIX is in discussion with potential promoters around Africa to host races when the full series begins in October 2020.

"We talking to Botswana, for example, and they are very keen to do something with us for the future, and so is Cape Town," he said.

It is likely, Eve explained, that the majority of events will take place on street circuits.

AFRIX is evaluating a model of national franchises for teams, which is similar to that employed by the A1GP World Cup of Motorsport between 2005 and 2009.

Eve stressed that it was more important to get African drivers involved in the series and that AFRIX would be putting a development programme in place to nurture up-and-coming talent in the continent.

The fleet of Ferrari-engined A1GP cars, which raced for one season only in 2008/09, are currently being readied for the pilot series.

The cars are being modified with higher cockpit sides for greater head protection and Zylon side-intrusion panels.

The 4.5-litre normally-aspirated Ferrari V8s will run Life Racing engine management systems in place of the original Magneti Marelli units, which did not come with the purchase of the cars.

Prime
Other cars / Other cars