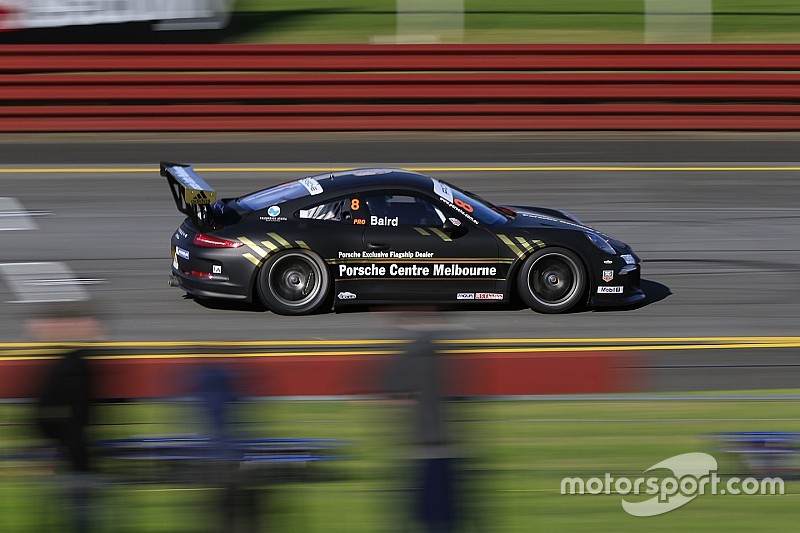 Carrera Cup Australia stalwart Craig Baird will switch driving duties for a Driving Standards Advisor role with the series for 2016.

The Kiwi has an unprecedented record in Australian Carrera Cup, having won 21 rounds, 60 races, and five titles.

Now, he is set to take a step back from driving to be the category’s DSA and Driver Coach for the 2016 season, roles Baird has previously held in the second-tier Porsche GT3 Cup Challenge.

“Continuing as part of the Carrera Cup championship is an exciting prospect and I’m looking forward to adding to the series from a different angle,” said Baird.

“The championship is home to some of the country’s best semi-professional racers, who I look forward to assisting to help them get the most out of their Carrera Cup experience.

“There are also many young talented racers who I’m sure I could help fast-track their learning in the championship.

“Having watched drivers develop and improve in the GT3 Cup Challenge series has been very rewarding and it will be great to see a similar trend in Carrera Cup this season.”

According to Porsche Cars Australia Motorsport Manager Kurt Sakzewski, Baird was the obvious choice for the role.

“Having Craig as part of our team has a two-pronged benefit – his ability to coach drivers in the Porsche 911 GT3 Cup car is unrivalled while the respect he has from his fellow drivers and extensive experience makes him the perfect candidate to serve as Driving Standards Adviser,” explained Sakzewski.

“Craig has added great value to our GT3 Cup Challenge series; his educational approach has increased the quality of racing and therefore, reduced the need for judicial intervention.

“He provided much to Carrera Cup as a driver and he will be greatly beneficial to the championship in his new role.”