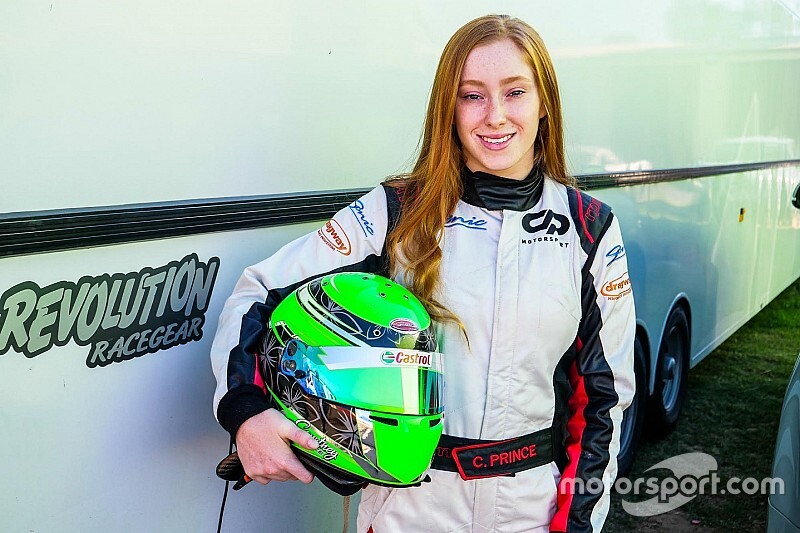 Prince will drive a 911 GT3 Cup car as part of Sonic’s three car line-up, which also includes Graham Williams. The team is yet to announce its third driver for the 2020 season.

The 18-year-old steps up to the category, which sits below the Porsche Carrera Cup in Australia, after three seasons in the Australian Formula Ford Championship, including an eighth place finish in 2019.

She got her first taste of the 911 GT3 Cup car at a test at Winton earlier this week, where she was joined by her new teammate Williams.

“It was my first time driving a Porsche,” Prince said after her Winton outing. “I’ve only driven a Formula Ford, and it was a lot different to what I’ve been used to.

“The cars are much faster and grippier than a Formula Ford which tends to move around a lot more.

“I was surprised by how much grip it had, but I thought it would feel faster in a straight line, but I was comfortable in the outright speed of the car.

“It is exciting to move into the Porsche. I have always enjoyed the Porsche class and to be able to do it with Sonic is awesome. They are a great team and have run Porsches for a long time. It’s a great team to progress with and build your career with.

“I would love to start to climb the Porsche pyramid. That is my aim, and this year is my first step in that direction."

Sonic team owner Michael Ritter added: “It was great to get the Porsches out for the first test session of the season.

“We are really pleased to see Courtney progress up for this year. She has shown excellent progress in Formula Ford and the timing is right for her to step up to Porsches.

“Having Graham in the team always brings a smile to everyone’s face. He is looking to make some improvements this year and we are helping him move up the pack.

“We still have another car that we would like to enter this year, but we are just waiting to see if those deals will come together.”

The six-round Porsche Michelin Sprint Challenge will stay on the Shannons National bill in 2020, with the season getting underway at the Sydney Motorsport on May 27-29.