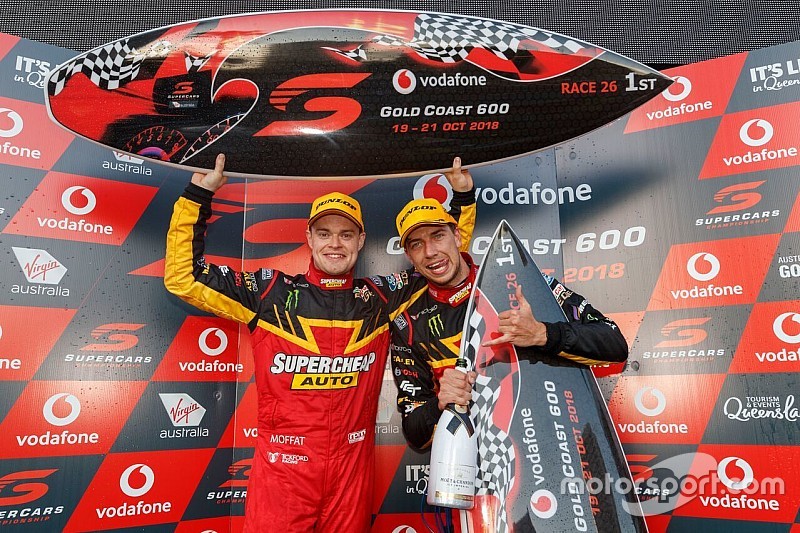 An on-track clash with fellow Porsche driver Glen Wood is understood to have spilt over into Parc Ferme after yesterday's opening race, the series referring the altercation to stewards.

A hearing was adjourned yesterday so that Moffat and Wood could race in the second Carrera Cup hit-out, before Moffat teamed up with Chaz Mostert to win the first leg of the Gold Coast 600.

Having reconvened this morning, the stewards have now rubbed Moffat from the remainder of the Carrera Cup round and hit him with a $5000 fine.

Wood, meanwhile has been fined $5000 after pleading guilty to verbal abuse.

"#18 James Moffat was found to be guilty of physical abyse of the #888 Glen Wood and has been informed of the following penalty: #18 James Moffat has been excluded from competing in Carrera Cup Race 3 and received a $5000.00 fine with $2500.00 suspended for 12 months," read a statement from the series.

The ban won't affect Moffat's Supercars commitments, meaning he can still line up alongside Mostert for today's second 300-kilometre leg of the Gold Coast 600.