Blomqvist, the son of 1984 WRC title winner Stig Blomqvist, took part in the Danau Toba Rally in Indonesia at the wheel of a Citroen C3 R5.

The appearance came about as a result of his friendship with Indonesian Formula 2 racer Sean Gelael, whose father Ricardo backed Blomqvist in his Formula 3 European Championship campaign of 2014, in which he beat Max Verstappen to the runner-up spot behind Esteban Ocon.

While Gelael Jr drove the full rally in one of the Citroens, Blomqvist shared with driving in the other car with top driver coach and Winway management chief Nuno Pinto – the Portuguese is renowned for his work with the Prema squad with which Gelael has raced in 2019.

“Sean wanted to do a rally and asked if I wanted to have a go,” Blomqvist told Motorsport.com.

“Nuno drove on the Saturday and I did the Sunday, and we had support from Citroen and a team in Portugal, and that helped on the operation side.

“Mate, it was awesome. I’ve driven a rally car only twice in my life, and that was 10 years ago, but this was the first time I’ve properly had a crack, and I haven’t had that much fun behind the wheel for a long time.”

While Gelael, who has rallying experience, dominated the event, Blomqvist traded quick times with him.

“We were competing against Group N cars, like Mitsubishis, so they had no chance,” said Blomqvist.

“Either me or Sean won every stage, but I had a problem on the second-last one, where I hit a rock and broke the suspension, and I had to retire. The stages were really rough – like the Acropolis with a bit of mud.

“Sean was mega – him and I were having a properly tight battle.” 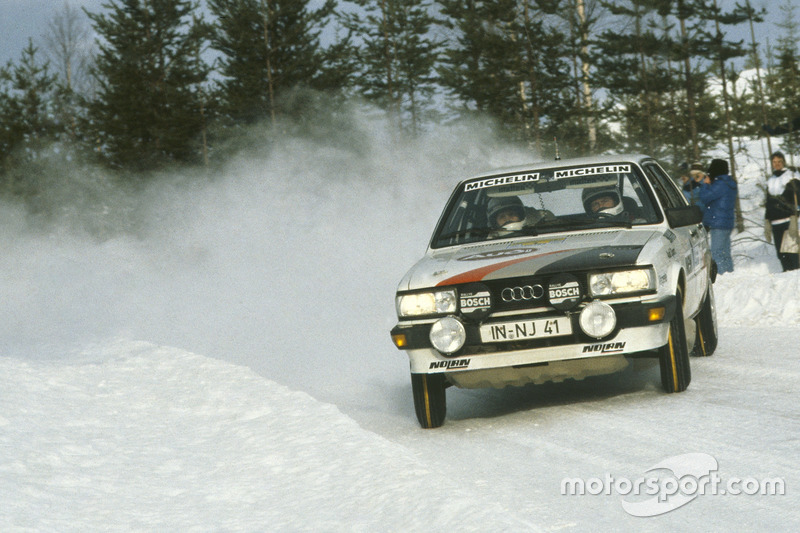 “In my racing, he’d never get involved or give me any tips – only basic info,” he said. “But as soon as I said I was going rallying he was giving me all sorts of advice on important things I’d sort of overlooked.

“For example, I didn’t do a good job on my pacenotes – you need to be spot-on, and if the radius isn’t what it’s supposed to be then you’re going off.

“But it was weird – I felt comfortable very quickly, and I was asking myself what could have been if I’d given it a crack 10 years earlier.”

Blomqvist, who has spent the 2019 season as a factory BMW driver in the IMSA SportsCar Championship, is weighing up options for next year.

“I’m still working on it, but we’ll announce something shortly,” he said. “And I’ll definitely be going back for another rally.”