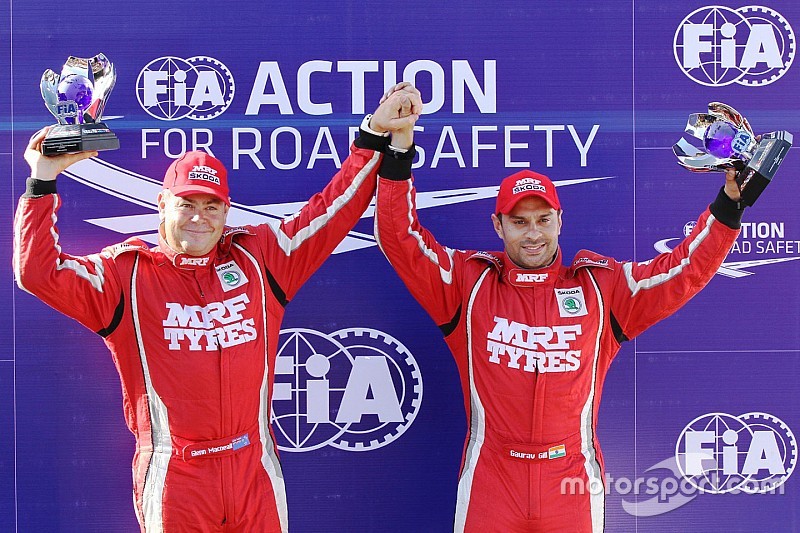 Gill, who wrapped up the APRC title at the last round in Malaysia , continued his strong run at home turf, winning the first APRC rally in India in over a decade by 11m22.4s.

Such was the Team MRF driver’s dominance that he won 12 stages of the 17, completing the rally with an overall time of 3hr39m37.9s.

Gill’s co-driver Glenn Macneall, who missed a previous round due to clashing commitments, also secured the co-drivers title in the process.

Meanwhile, Sanjay Takale made it two Indian drivers on the podium by clinching the third-spot, the veteran rallyist completing the two legs in 4hr03m.51s in the Subaru.

Finally, Phalguna V Urs (co-driver Chandramouli) was sixth and the last of the classified finishers.