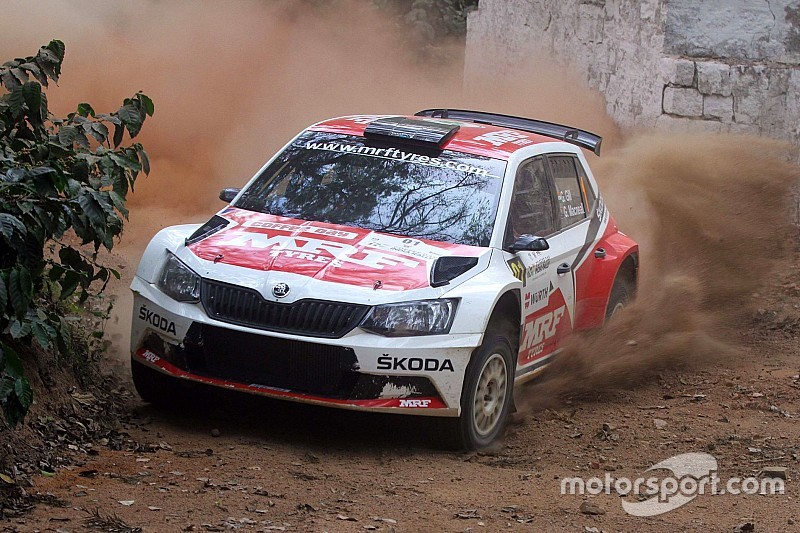 Set near the coffee plantations of Chikmagalur, the Rally of India marks a return of APRC to the subcontinent after a 12 year hiatus.

The first leg saw Gill (co-driver Glenn Macneall) complete a clean sweep in his Skoda Fabia R5, winning each of the 13 stages to post the chart-topping time of 2hr42m32.8s.

While the Indian had a virtually trouble-free day, Kreim’s (co-driver Frank Christian) outing came to an early halt when he hit a tree during SS4.

Due to the blockage the stage was effectively neutralised, with competitors who were supposed to head out after the German given a standard completion time.

This included the New Zealand duo of Mike Young and co-driver and Malcolm Read, who finished 7m33.6s adrift of pacesetter Gill in second place.

Yuya Sumiyama (co-driver Takahiro Yasui) and Phalguna V Urs (co-driver Chandramouli) joined Kreim in the list of retirees, with the latter not allowed to take further part in the rally for not meeting the requisite safety requirements.

However, the German driver will most likely return to action in Leg 2 after an early setback.