The iconic Finnish rally has attracted nine competitors now registered for SWRC points. There are in fact 17 drivers in Super 2000 or Group N R4 cars, the category that Paddon and Kennard contest, including the Volkswagen Motorsport drivers French star Sébastien Ogier and Norwegian Andreas Mikkelsen returning in similar Skoda Fabia S2000 cars for this event. Paddon currently has a total of 62 SWRC points, giving him a margin of 19 points over equal second placeholders Irishman Craig Breen and Swedish driver Per-Gunnar Andersson.

Paddon and Kennard will drive a different Skoda Fabia S2000 rally car to the one they used to win the SWRC class at Brother Rally New Zealand in June, because they’ve joined a new team as they tackle the busy second half of their 2012 season.

Paddon says: “Upon a mutual agreement between ASM Motorsport and Hayden Paddon Rallysport Global Ltd, the remainder of our 2012 SWRC campaign will now be run by Austrian team, Baumschlager Rallye & Racing (BRR). We want to thank everyone at ASM Motorsport for working alongside us and helping us to achieve in our current position leading the Super 2000 World Rally Championship.”

Well-known in Europe, BRR is a race and rally team based in the Austrian town of Micheldorf and headed by multiple Austrian rally champion Raimund Baumschlager. BRR has run the factory-supported Skoda Fabia S2000 rally cars in the FIA World Rally Championship for the past three seasons and, last year, the team ran the Skoda with which Finnish star Juho Hannien won the SWRC title. 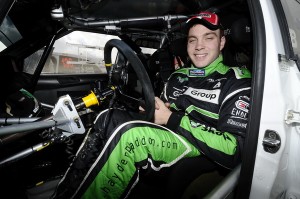 “So we’ll be in a different Fabia for Finland,” notes Paddon. “BRR have three cars that they are alternating, so our car is ready in their workshop. We will be doing a small test this Sunday and we will be trying some quite different car set-ups which will be a good learning curve.”

Paddon says the competition for Finland is looking great. “I’m really looking forward to the intensity of competition we’re facing. During the past two events, we’ve had to look after our overall championship position, but for this rally there are a lot of fast drivers and we will have to push the whole way, something I’m really looking forward to. There is nothing like being in the heat of a battle.”

With his closest SWRC rivals, Breen and Andersson, and the expanded SWRC field competing in Finland, Paddon is relishing the challenge ahead with Wales Rally GB, Rally France and Rally Spain still to come as he strives to win his second world rally title in two years.

“It is now a straight-out fight until the end of the year with all drivers, and the competition in SWRC is particularly strong with nine registered drivers plus the Volkswagen team of Ogier and Mikkelsen,” says the 25-year-old from Geraldine.

“Okay, the results to date this year have been good, and we are in a very good championship position. However we have not been able to yet show the speed that we want to. This is something we will be working very hard on for the remaining of the season as this is just as much, if not more important, than winning the championship. 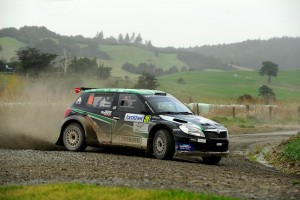 “We have contested all these four remaining events before which will be a big help. But we’re still learning how to get the best out of the Skoda S2000 car, and the final two rounds on tarmac will be our first time on tarmac in a S2000 car, so no doubt that will create some new challenges. John and I have plenty of work ahead as we work with the BRR team for what is sure to be four very exciting months ahead.”

Neste Oil Rally Finland is based in Finland’s seventh largest city Jyväskylä, about 270 km north of the capital Helsinki. The massively popular rally is running a different schedule than many other WRC events this year, starting with the official shakedown run on Wednesday afternoon before competitors tackle the first stages on Thursday evening. Friday’s schedule comprises nine stages with six special stages to wrap up the event on Saturday. With 303.52 km of Finland’s famous high speed, tree-lined roads, Paddon and Kennard will also travel over 1,300 km touring between stages and back to the Jyväskylä pavilion rally headquarters and service park.

After Rally Finland, Paddon returns to New Zealand for a fortnight or so where he’ll be working with his rally driving mentee 23-year-old David Holder of Mount Maunganui. “I’ll also spend some time working with Z Energy around their fuel range, in particular their new premium ZX fuel.”

Paddon adds: “We appreciate the support of Christchurch’s Stadium Finance which continues its support of our team, following on from Brother Rally New Zealand, for the remainder of the year.”

Watch the onboard footage from Rally NZ of Hayden Paddon driving his Skoda...

Supercars pushes Gen3 back to 2023