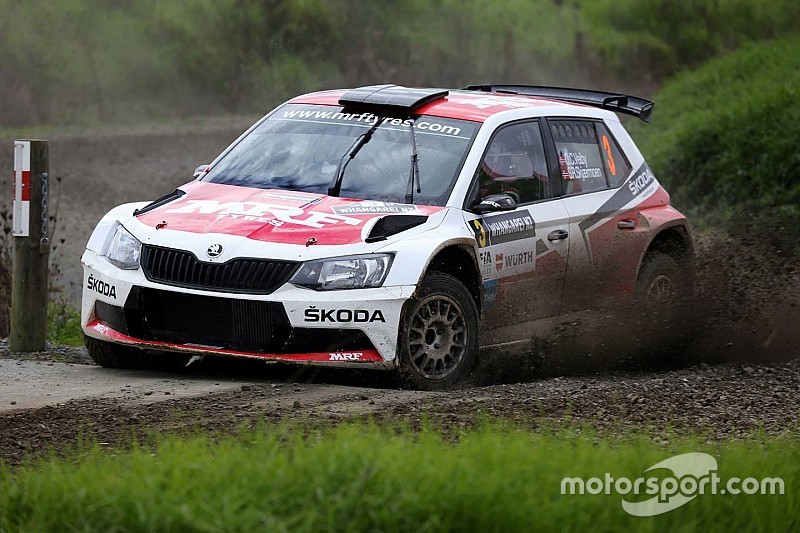 Spread over two days, Leg 1 comprised of 10 stages with a total competitive distance of 154 km. All stages went according to schedule apart from SS8, which was cancelled due to poor weather.

Gill laid the early marker by topping Friday’s two special stages, but his lead was immediately overturned by Veiby with victory in a wet SS3 on Saturday.

Gill fought back by winning the next three stages to take a marginal lead in the standings, but the Norwegian reasserted his authority by claiming the final three stages of the day.

"We started with our own pace this morning in the first loop, to check in against everyone else. The afternoon we increased our pace and felt comfortable we could push a bit more," he said.

"It's not a maximum attack but I tried to take some time in the first stage after the morning service because we did that first up. The stage after that I felt I did well and it seems like it was a good time compared to Gaurav."

Gill, who's day was compromised by an issue with front dampers said: “It has been a long day and I think we have some issues with the front dampers and maybe the rear differential too.

"The front dampers mean we can’t get the tyres to work like they should so obviously I can’t go as fast as I would like to. We have had good speed and I have enjoyed the stages

Robert Blomberg was fourth in the sister Mpart entry, but over 11 mins down on Veiby’s chart-topping time.