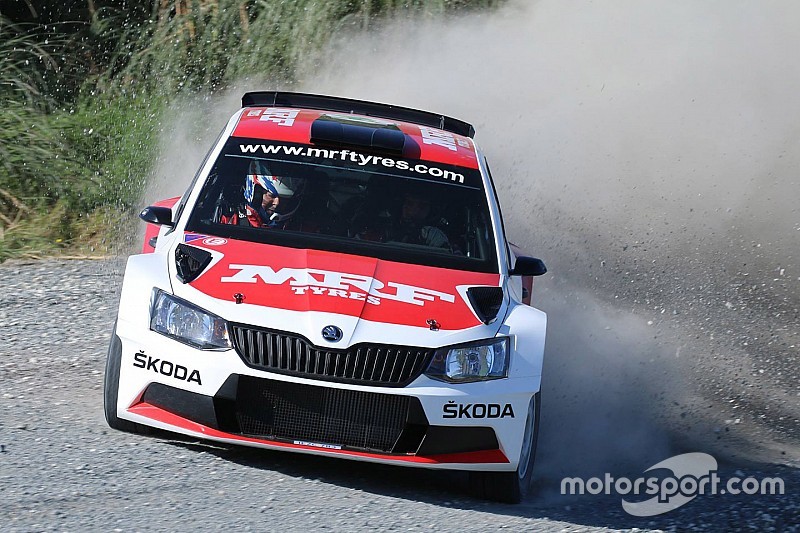 The 2016 season saw 10 Indian experienced campaigners competing in various championships around the world, with five completing a full season. Here's a look at their performances. 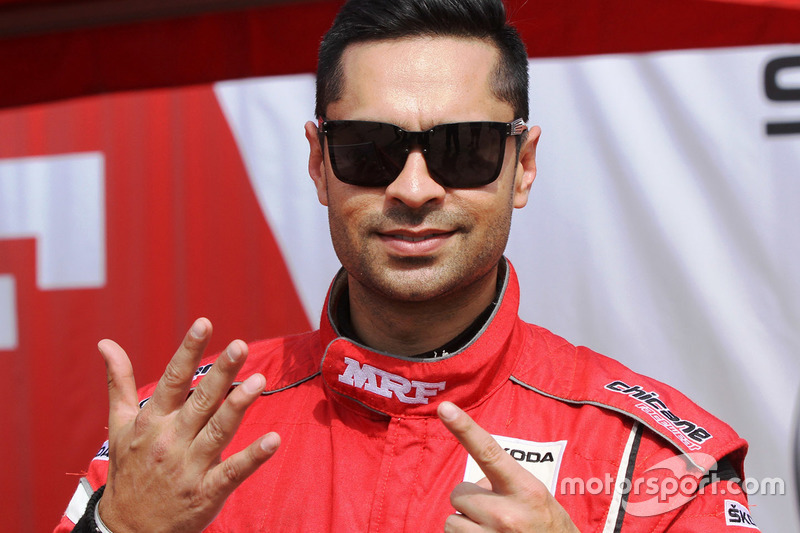 The Indian rally driver was on-song in 2016 APRC season driving the new Skoda R5 car. He simply dominated the rallies one after another, winning all six of them.

Gill once again had teamed up with co-driver Glenn MacNeall and joining him as his teammate was German driver Fabien Kreim with Frank Christian as his co-driver.

Hoping to repeat his 2013’s success, Gill delivered all-through the season in the new Skoda car and seemed untouchable at most cases.

The lack of experience on gravel surface pushed Kreim back by a little, but it was no excuse for Gill’s commanding performances – to the extent that the New Delhi-based driver took the wins at ease.

Near perfect reliability and a top car at hand got him his second APRC title in Malaysia with his home round to spare, where it was just icing on the cake for him to make it six out of six in the season.

The only time when Gill was challenged was in China, where Citroen fielded four of its DS3 cars with Manfred Stohl winning the overall prize, even though Gill took the APRC class win. 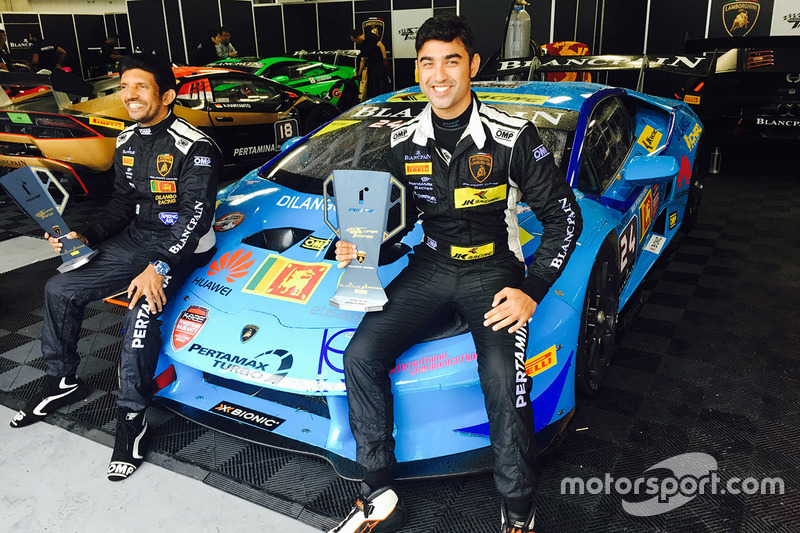 Ebrahim enjoyed a successful sophomore campaign in the Asian version of the Lamborghini Super Trofeo series, winning the championship in the B-Class.

The Chennai-born driver with Sri Lankan partner Dilantha Malagamuwa emerged as a regular podium scorer, failing only once in the final round of the season.

The duo, however, remained eluded of a race win as technical problems plagued their run throughout the year for a second successive season.

Perhaps, the best example of 27-year-old’s misfortune was Fuji, where he was hit by brake problems while leading the race. Engine failure in Suzuka and penalty in Sepang only added to their misery.

They also took part in the season-closing World Finals at Valencia, but two separate incidents for Malagamuwa meant that they couldn’t see the chequered flag in either of the two races.

The Indian driver is yet to confirm his plans for the new season and also, whether he will continue being part of the Lamborghini driver academy in 2017. 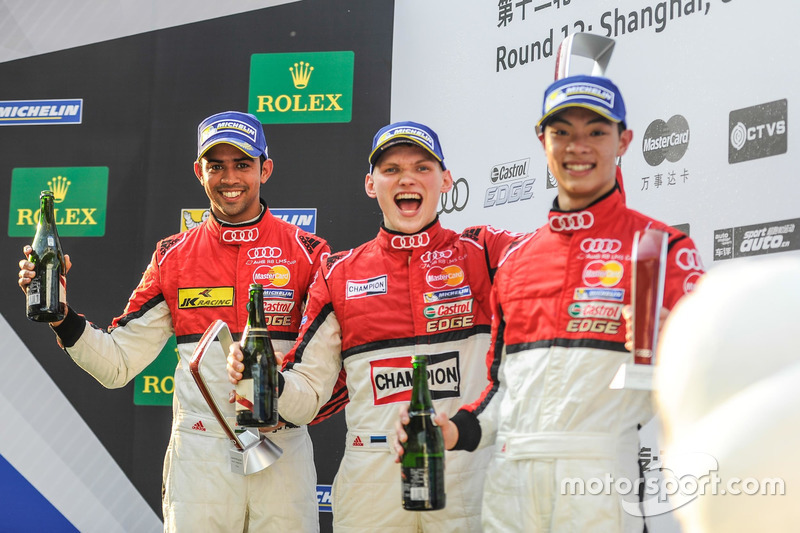 Having had a decent debut in 2015, Patel would have hoped for a better season, even to the extent of fighting for the one-make series title this year.

But it wasn't to be for the Chennai-based driver with the new R8 GT3 introduced by Audi, meant, Patel had to start from scratch and learn the tricks all over again.

That isn't an excuse since it was a new car for most of the drivers, but with others having got more track time in various different championships helped them learn quicker than Patel.

Even though the Indian had points finish to his name throughout the season, the podiums were out of reach in most occasions.

Since the mid-season break, Patel did find his rhythm in the new machinery and seemingly looked better. He was fighting for a race win in the season finale at Shanghai, but had to settle for a podium finish, his only in 2016 to take sixth place in the standings.

As much as he would like to race in European championships, Patel may continue to compete in the LMS Cup. He is yet to announce his plans for 2017 season though.

On paper, it appeared to be a well-calculated move. The team had finished fourth in the standings in 2015, with their Toyota engine also having an edge over rival Honda.

However, with the benefit of hindsight, it is fair to say that the move backfired. The teams' form tumbled in 2016, as indicated by Kobayashi.

The Japanese driver could only bag a solitary point this year, as opposed to 20 in 2015.

Considering the circumstances, Karthikeyan did a fairly decent job, even bagging an opportunistic podium in Okayama after a rocketing start from sixth on the grid.

His only other points finish came earlier in the season in Fuji. Karthikeyan’s weakest point was perhaps qualifying, leaving him with a mountain to climb on Sundays and three retirements meant plenty of opportunities were blown in the air.

For 2017, the veteran Indian driver's future is still undecided. A question mark remains whether he will return for his fourth season in Super Formula. 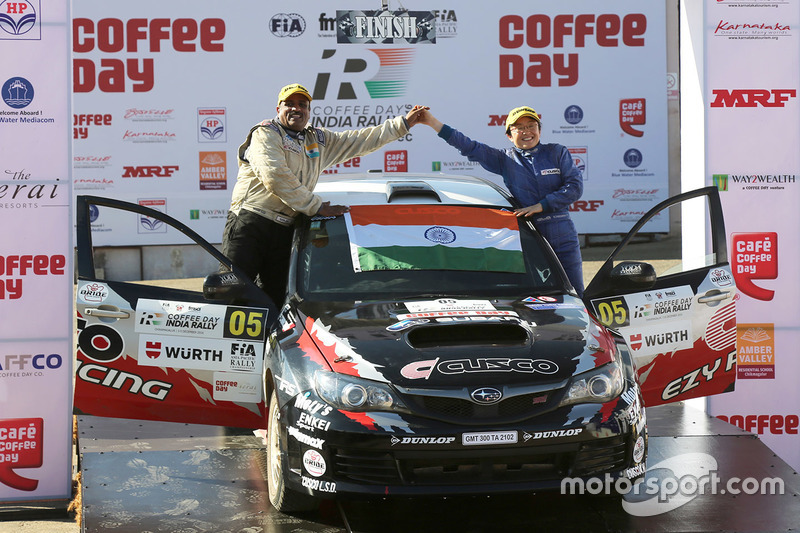 Having been sidelined due to illness, Takale made his return to APRC in 2016 with Cusco, driving the Subaru Impreza with co-driver Noriko Takeshita.

The Indian largely fulfilled his aim of finishing as many rallies he could in the five rounds he competed in the season, with just one DNF in New Zealand, while he missed the China Rally.

Takale even surprised himself with a podium in his home rally in Chikmagalur with a third placed finish - picking from his rivals misfortunes.

Outside his APRC campaign, the Pune-born driver made his European Rally Championship Open category debut in Estonia, ending up on the podium among the three cars finishers.

Looking ahead to the 2017 season, Takale wants to compete in Europe and get his hands on the R5 cars. He hasn't ruled out taking part in the APRC, especially the Asian leg. 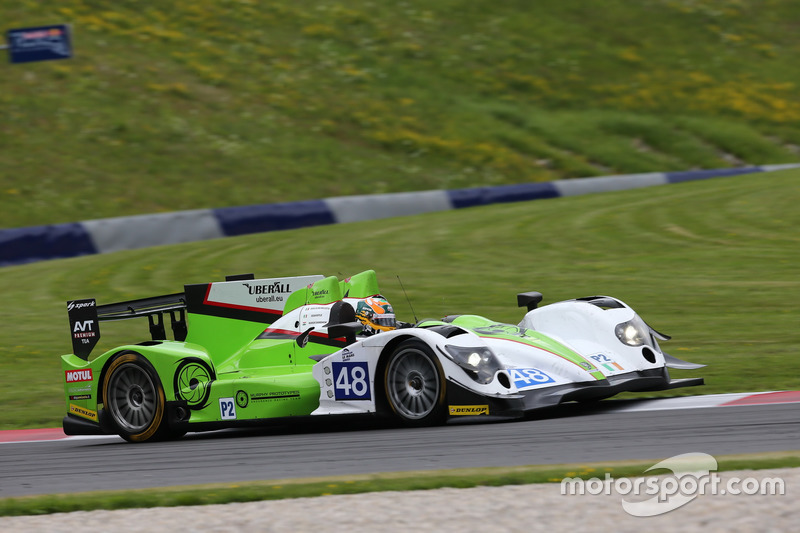 Apart from the drivers mentioned above who competed for a full season, there were some other Indian campaigners who raced in one or two rounds internationally in 2016.

The Indian driving alongside Sean Doyle and Guglielmo Belotti ended up eighth in the LMP2 class, shaking off the cobwebs having not raced throughout the year.

Aside his Channel 4's F1 commentary and Williams F1 team's heritage driver role, Chandhok recently tested the Tesla race-spec car, which is being readied for the inaugural Electric GT series. 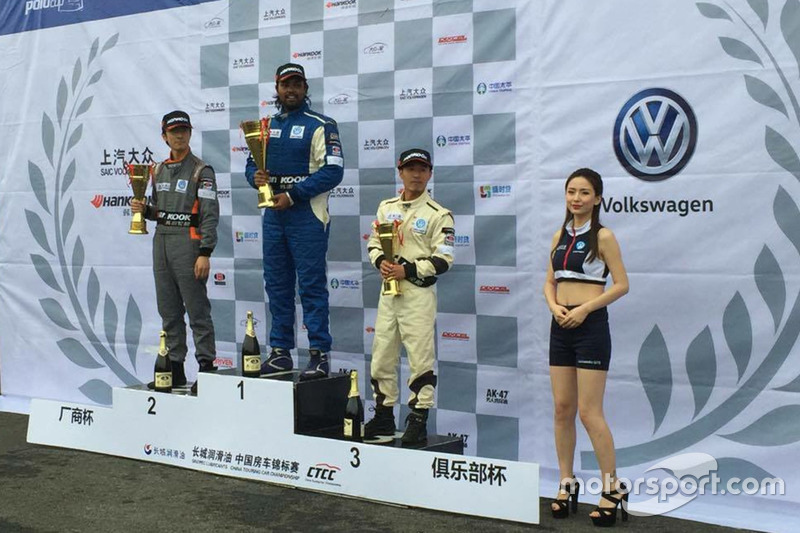 Meanwhile, Prashanth Tharani made his sprint racing return in the China's Volkswagen Polo GTI Cup, after he was invited to compete in Round 1 of the season by Dream Racing Team.

The Indian took his maiden international win in Race 1, while the second race saw Tharani suffer power loss, which forced him to retire.

Aside the four-wheel racers, Indian riders Sarath Kumar, CS Santosh and Aravind KP also had international outings, with the former competing in the 600cc class of Asia Road Racing Championship, while the latter two racing in the cross-country rallies for Hero and TVS Sherco teams respectively.