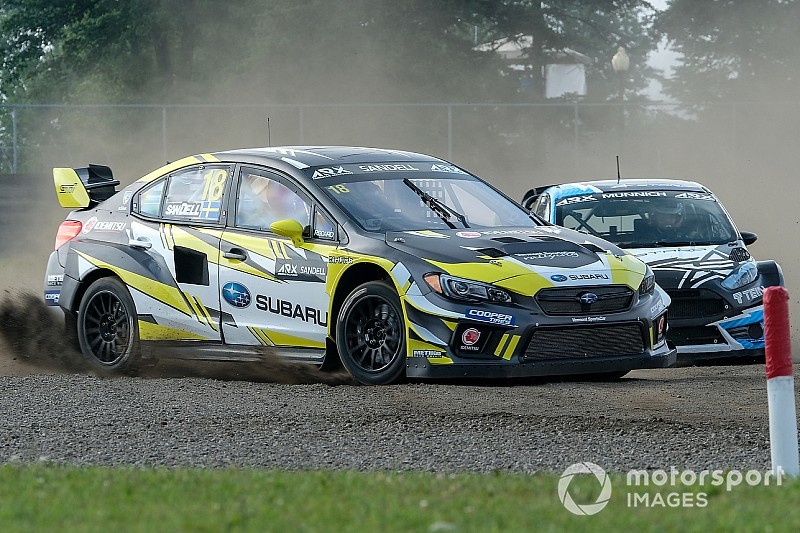 Speed, 35, won the inaugural title in the ARX series this year driving for the Volkswagen-backed Andretti Autosport team, but has switched to Subaru for 2019 to join former World Rally Championship drivers Patrick Sandell and Chris Atkinson in the Vermont Sports Car-operated squad.

The Formula E podium-finisher previously won a trio of titles in the now-defunct Global Rallycross Championship with the Andretti squad alongside Tanner Foust before ARX was formed this year.

“I’m excited to officially announce my racing plans for the 2019 season,” said Speed. “I’ve raced all over the world – Formula 1, NASCAR, Formula E, and a four-year rallycross championship run, including the inaugural ARX title this year – and I’m thrilled that the next chapter for me will be here in the U.S. with the Subaru team in the Americas Rallycross series.”

Speed finished on the podium at each of the four ARX rounds this season, and won twice. He says claiming Subaru’s first rallycross title in 2019 is his target. The Subaru team didn’t finish on the podium once in 2018.

“Subaru is a team on the rise in ARX, having been part of rallycross in the U.S. since the beginning. At every race I’m amazed at the crowds of fans that show up to support the team.

"I’m also excited to join Patrik Sandell and Chris Atkinson – two of the top drivers in the sport, who showed serious pace in the WRX STI this season. With the development they’ve put in I know this team can win, and I’m looking forward to bringing home another championship!”

Speed will drive a Subaru WRX STI for the squad, with development led by British engineer Jonathan Carey.

The Andretti team is yet to make any announcement about its future plans.