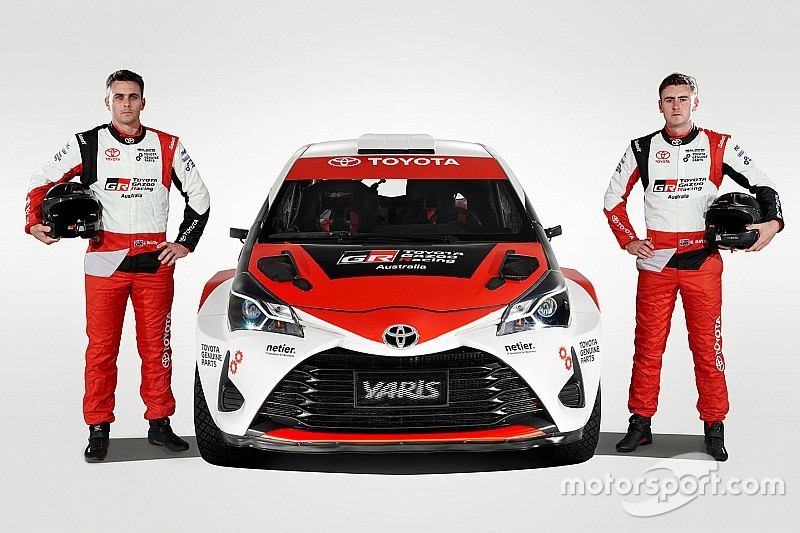 Toyota has confirmed its return as a full-blown manufacturer in the Australian Rally Championship.

As exclusively revealed by Motorsport.com, Australia’s top car seller will return to the ARC under the Gazoo Racing banner.

The team will be known as Toyota Gazoo Racing Australia, with Toyota legend Neal Bates to field a pair of AP4-spec Yarises for sons Harry and Lewis Bates.

The squad will debut at next week’s Rally Australia with Harry and co-driver John McCarthy, before Lewis joins the fold for a full ARC campaign in 2019.

“Toyota has always recognised the value of participating in motorsport as a means of developing ever more durable, reliable and exciting cars,” said Toyota Australia marketing boss Wayne Gabriel.

“This is a philosophy that underpins Toyota Gazoo Racing that runs the global motorsports program – including the leading World Rally Championship team – which in turn, feeds into its development of our new sports and performance cars.

“Australians have long had an enthusiastic appetite for motorsport and performance cars and we are committed to delivering the excitement they offer through initiatives like the new rally team we are launching today.

“Harry Bates is a very talented driver who comes from Australian rallying royalty with his father, Neal, having won four Australian titles driving his legendary Celica GT-Four in the 1990s and then the Corolla S2000 in 2008.

“Now with the factory backing of Toyota Gazoo Racing Australia, we have no doubt Harry and Lewis will carry on the Bates family success.”

Neal Bates famously ran Toyotas in the ARC from the 1990s onwards, with Group A, WRC, and S2000 spec cars.