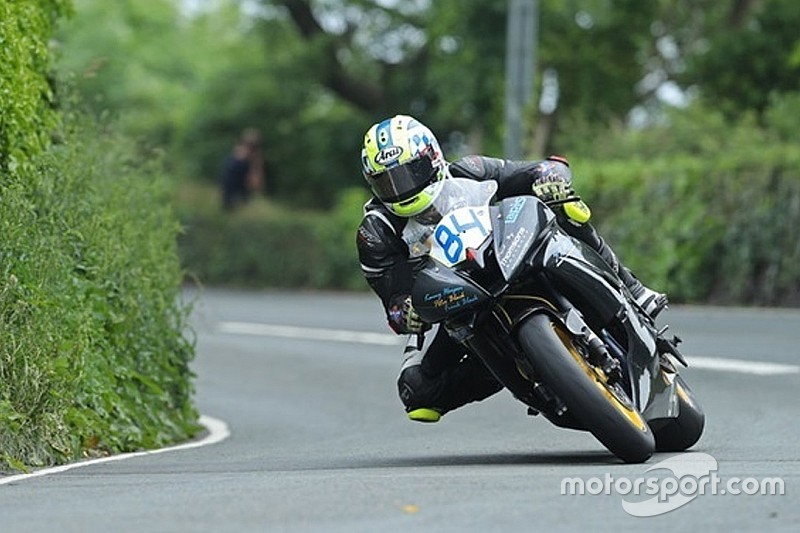 The incident occurred on the third lap of the four-lap Supersport race around the 28th milestone at Casey's, with 26-year-old Lyon being confirmed as having lost his life in a statement from organisers ACU on Monday afternoon.

Lyon, from Helensborough in Scotland, was making his TT debut this year and already managed a best lap of 123.443mph of the 37.75-mile circuit during Friday's Superbike session, and was on fine form in the Supersport race after lapping at 122.636mph from a standing start.

A podium winner in the National Superstock 600 series in 2010, Lyon impressed in last year's Ulster Grand Prix, where, as a newcomer, he finished 11th in the Supersport race.

A statement from the ACU read: “ACU Events Ltd regrets to confirm that Adam Lyon, 26, from Helensborough in Scotland was killed in an incident during the Supersport 1 Race today at the Isle of Man TT races.

“The accident occurred at Casey's, just after the 28th mile of the course, on the third lap of the race.

“Adam was a newcomer to the TT this year. He qualified in 24th place for today's race with a fastest lap of 122.261mph, which he improved to 122.636mph on the opening lap of today's race.

“His fastest lap of the TT course – 123.443mph – was in Friday's Superbike qualifying session. Adam lapped at 122.499mph as a newcomer at the Ulster Grand Prix in 2017, finishing 11th in the second Supersport race.

“He finished sixth in the 2010 Pirelli National Superstock 600 Championship with podiums at Croft and Silverstone.

“ACU Events Ltd wishes to pass on their deepest sympathy to Adam's family and friends.”

This is the second death to have happened during the 2018 TT, after Manxman Dan Kneen was sadly killed in an incident at Churchtown in Wednesday's practice.

Steve Mercer was seriously injured in a collision with a course car on its way to the Kneen incident, but was reported to be in a stable condition in hospital in Liverpool following pelvic and leg surgery.