Hey, Long Beach! It's time for the Pro Celebrity Race! 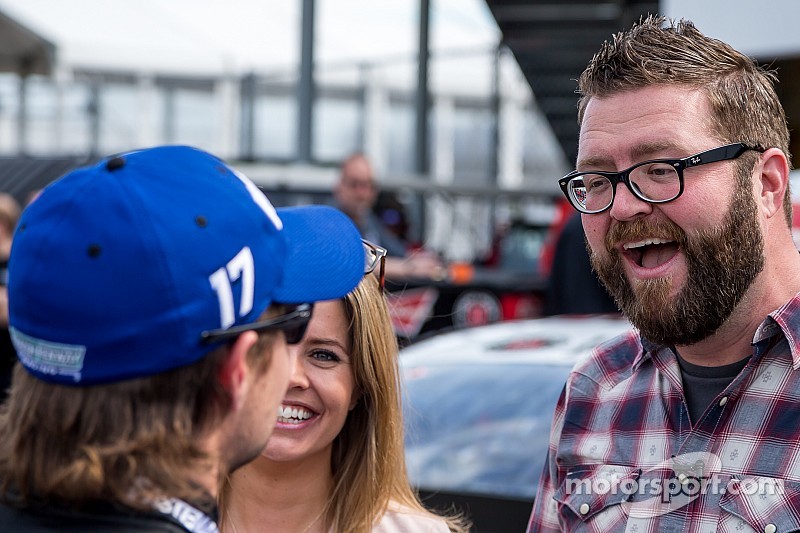 It’s in the air, isn’t it? As California as the smell of an In-N-Out Burger double with cheese – and often as confounding as the fact that In-N-Out Burger refuses to give me mayonnaise – the wafting anticipation of Earth’s most important motorsport event is almost upon us.

That would be, in general, the 41st Toyota Grand Prix of Long beach. And specifically, the 39th Annual Pro Celebrity Race.

Cars! Celebrities! Celebrities driving race cars, sort of, taking lines through turns no one dreamed of, often right into the concrete barriers! What could be more important?

And, as usual, there is a roster of stars for this Saturday’s race, several of whom you may have heard of.

Sadly, this is the 39th straight year I have not been contacted to compete. When Rutledge Wood, the Luckiest Man in Motorsports Media, got the nod in 2013, I thought surely, they have run out of celebrities, and it has to be my turn. Guess not. Especially if they just recycle celebrities, which may explain why Rutledge Wood is back this year.

Here’s the Official List of participants for 2015. Along with, and it’s not like they need it, a short explanation of who they are in case you are a just-uncloistered nun:

Nathan Kress, “Known around the world for his lead role in Nickelodeon’s hit show “iCarly.”

Raul Mendez, “Considered by many in Mexico as one of the finest actors of his generation.”

Joshua Morrow, who is Nicolas Newman on “The Young and The Restless.” Who probably needed to get out of town to get away from ex-wife Sharon, and new girlfriend Sage (who is MARRIED!) Nobody tell him half-brother Adam Newman isn't really dead -- he just had plastic surgery and came back as a completely different actor.

Robert Patrick, “Actor whose breakthrough role came as the legendary T-1000 in Terminator 2.”

John Rzeznik, guitarist and frontman of the Goo Goo Dolls.

Drivers who will compete in the Pro Division, starting 30 seconds behind the others:

Dara Torres, 12-time Olympic medalist swimmer, who was named one of the “Top Female Athletes of the Decade” by Sports Illustrated. In 2002, Torres was the first female celebrity to win the Toyota Pro/Celebrity race.

It's worth noting that the Celebrity race is supported by some other racing events, such as an IndyCar race and a TUDOR United SportsCar Championship race, which is really nice of them to show up.

And, seriously, it should also be noted that the event, and Toyota, support Miller Children’s Hospital of Long Beach and Children's Hospital of Orange County, and since 1991, Toyota has donated more than $2 million to the “Racing for Kids” organization on behalf of this race and its participants.

And the event has made race fans, and even participants, out of a lot of celebs: Past winners include Bruce Jenner (is that still his name?), Gene Hackman, Lorenzo Lamas, Perry King, Bucky Lasek, and one that didn't turn out so good after his crash, Frankie Muniz.

Winners of the Pro category include Dan Gurney, Danica Patrick, Parnelli Jones, Bobby Rahal, Brian Redman, and, last year and in 2009 and 1985, Al Unser, Jr., all of whom went on to some degree of success in motorsports.

Except for the mechanics, body shop guys and wrecker drivers.