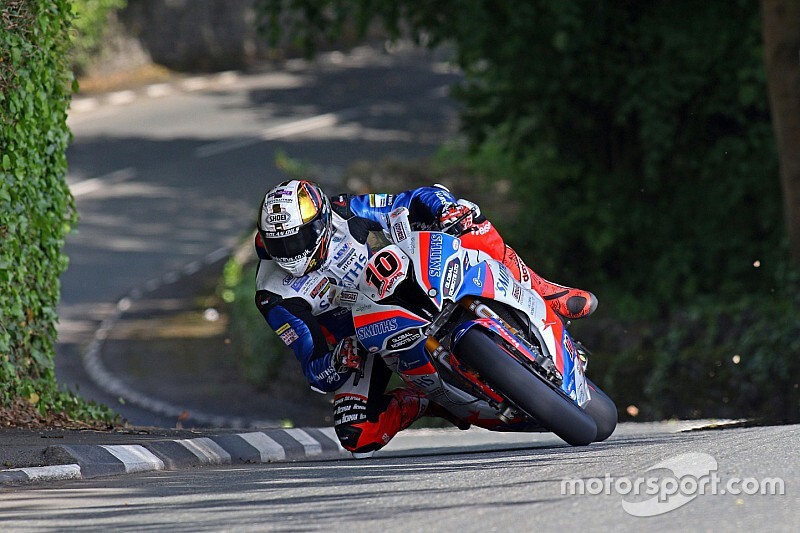 Peter Hickman says Isle of Man TT scrutineers “ruined” his Senior race, having forced him into running his problematic Superbike after they stripped down his Superstock bike on Thursday.

The Smiths Racing rider used the hybrid STK bike in Monday's SBK race, and hoped to ride it again for the Senior. A positive pair of laps Thursday practice led him to consider the SBK, but was leaning towards the hybrid before the scrutineers ordered his race-winning STK bike to be stripped on Thursday night, leaving his team no time to rebuild the hybrid for the Senior.

Hickman dominated the first four laps, but began to suffer the same water leak issue on lap three that he'd experienced in practice, before eventually losing the win to Dean Harrison due to having to nurse his S1000RR home.

More from the Isle of Man TT:

“Unfortunately after the second pitstop this returning issue we keep having on the Superbike; it just keeps chucking water out,” Hickman said. “It doesn't get hot, it just chucks water out at anything over 11,000rpm. So once I left the pits on lap two, as soon as I went down Bray Hill it was chucking water out.

“I had to just manage it, and basically I had to use half throttle and no more than 11,000rpm. So two laps riding a round at 50 percent throttle was not fun. We all had this inkling it was possibly gonna happen.

“We've had three different engines, four radiators, numerous different rad caps, bottles, you name it, it's been changed on it three or four times. And for some reason on the Superbike it just keeps doing it. But our hands were tied unfortunately.

“After the Superstock race, the chief scrutineer, we pleaded with him to just seal the engine and strip it after the Senior, and he pretty much told us 'bollocks'.”

Slamming the scrutineers for ultimately ruining his race, Hickman has called for more “common sense” to be applied to the rules going forward.

When Motorsport.com asked if the rules needed changing, he replied: “No, just some common sense. If they'd just sealed the engine, it wasn't going to change, I was going to ride it today and [then] they could strip it down to the crank, I couldn't care less. But the long and short of it is, they ruined our race today because he [chief scrutineer] made us strip it yesterday.”

Hickman revealed the issue is exclusive to the SBK, and hasn't been affecting him during his British Superbike Championship campaign.

“Only at North West 200 and here [the problem occurs], so it only seems to be on long stretches at high RPM for some reason,” he added. “But the Superstock bike doesn't do it, and it's exactly the same. So your guess is as good as ours.”

Harrison admits he "lost his way" before Senior TT win