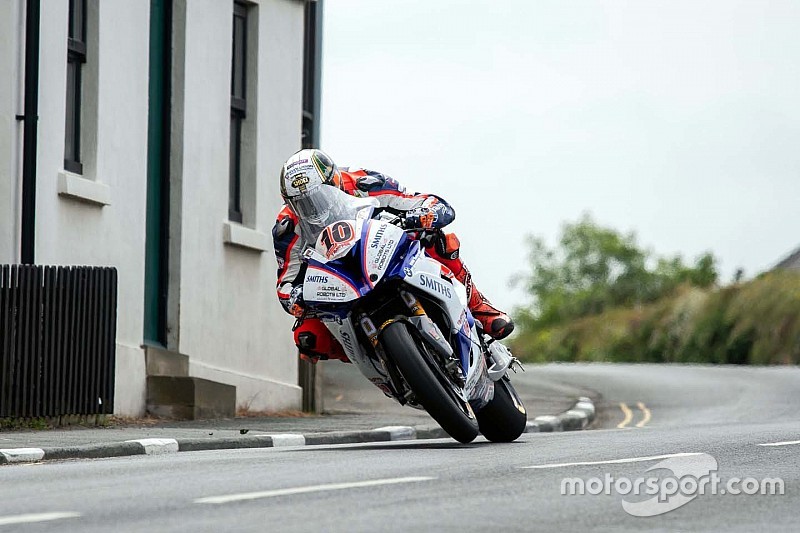 Prior to this year, the Ulster Grand Prix, held on the 7.3-mile Dundrod circuit, held the honour of being the world's fastest road race, after Dean Harrison set a 134.619mph in 2017.

Harrison came close to surpassing his Dundrod effort with a stunning 134.432mph outright TT lap record on the first lap of the opening Superbike race on his Silicone Engineering Kawasaki.

However, in a thrilling six-lap Senior TT finale, Peter Hickman usurped Harrison's Saturday record with a 134.456mph on lap four, which he obliterated on the final tour to transform a five-second deficit at Glen Helen to a two-second victory with a 135.452mph lap.

The Smiths BMW rider attributed his record lap to "perfect" weather and track conditions across practice and race week, as well as a last-minute new tyre delivery from Dunlop for the Senior event.

"I'm sure Noel [Johnston, Clerk of the Course] at the Ulster Grand Prix is going to love me for that," he joked when asked about the lap which made him the world's fastest road racer.

"The conditions have been absolutely perfect for this entire two weeks, the event has been running fantastic, we've not really missed any nights [of practice] at all, the track has been in awesome condition.

"The organisers have done a cracking job with that. Dunlop has been working really, really hard.

"We've been giving them a bit of a hard time this past two weeks, some of us riders.

"They pulled something out the bag, got the factory working overtime overnight, and managed to pull in a new tyre for this race here, and I think that's also what's made a little bit of a difference in the Senior [race]."

Hickman came close to posting a new outright lap record on his Superstock S1000RR on Wednesday, with a 134.403mph coming on the final lap and on a road tyre that had done race distance.

Michael Dunlop set new lap records in the Supersport and Lightweight classes on his way to wins in both, with 129.197mph and 122.750mph efforts respectively.

Michael Rutter claimed a new Zero TT course record on his Mugen with a 121.824mph lap, while Ben and Tom Birchall posted the first sub 19-minute Sidecar tour with a 18m59.018s at 119.250mph in the second three-wheel race.

The Birchalls also twice smashed their own Sidecar lap record the first race for the class.