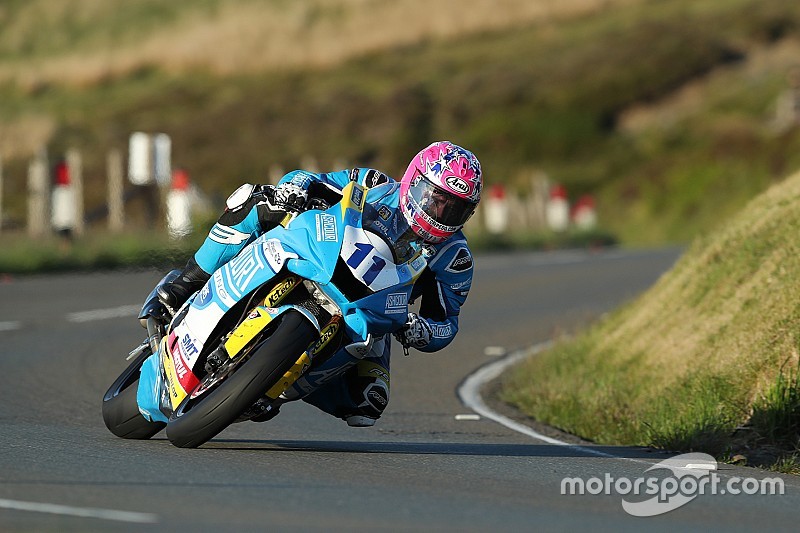 The second Isle of Man TT Supersport race has been postponed until Thursday due to rain, while the Senior finale has been brought forward to 10:30am on Friday.

Wednesday's schedule was due to have three races, with the second SSP contest headlining the bill alongside the Lightweight and Zero TT races. However, rain in the morning led to a two-hour delay in proceedings, with the Zero race moved back to Thursday with the Superstock race.

A further 90 minutes was added to the delay, with organisers taking the decision at 3:00pm to not run the second SSP instalment of the week. Roads around the course will open until 6:00pm, with a shortened three-lap LTW race due to get underway at 6:30pm.

As a result of the schedule change, the second SSP race will run on Thursday along with the STK and Zero events.

Clerk of the Course Gary Thompson also confirmed a revised Friday schedule, with the second Sidecar race being brought forward to Thursday. Due to forecasted inclement weather on Friday, the six-lap Senior TT finale will get underway at 10:30am and will be the only race of the final day.

A qualifying session for the SBK/STK classes is due to run on Wednesday evening, as well as an outing for the Sidecars.

Tonight's three-lap LTW race will feature a compulsory pit stop at the end of the first lap as a safety precaution to stop the field getting out of position during this phase.

Thursday's action will begin at 12:15pm with the postponed four-lap STK race, with the second three-lap Sidecar event following.

Ashcourt Racing's Lee Johnston secured his maiden TT win in Monday's shortened SSP race, which was completed after two laps due to rain fall on the west of the circuit.