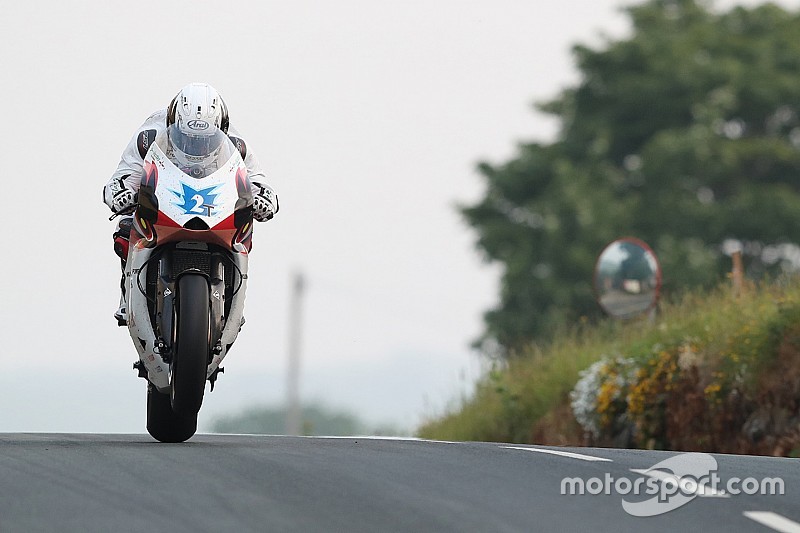 Isle of Man TT podium finisher Lee Johnston will race as a privateer with the Ashcourt Racing team this year following a tough 2018 campaign with the official Honda outfit.

Johnston partnered Ian Hutchinson at Honda last year, but struggled for pace on the Fireblade in the big bike races and could only muster a best of fifth in the Superbike race, while adding two top eight results to his scorecard in the Supersport events on the Padgetts-run CBR600.

A previous winner of the Privateer's Trophy at the TT in 2013, Johnstone enjoyed podium success on the East Coast Construction BMW in 2015 in the Superstock race.

Remaining backed by ECC and Burdens, he now has added backing from the Ashcourt Group, and will run BMW machinery in the big bike events as well as a Yamaha R6 in the SSP class.

“I’m really excited about 2019 and it feels great to have the fire in my belly again,” said Johnston.

“I’ve got some fantastic sponsors behind me this year and although the last couple of years have been a bit up and down, I’m in the best position I’ve been in for a long time.

“I think this is the environment and set-up that suits me best and having been successful in the past, I’m aiming to be consistently on the podium in 2019.”

Johnston will back up his TT assault with campaigns at the North West 200 and Ulster Grand Prix –a winner at both events over the years – while also contesting the British Supersport Championship aboard his R6.

The Ulsterman believes running in BSS for the first time in eight years will allow him to be “sharper” come the TT.

“I’m particularly excited about being on the R6 for the two Supersport races,” he added.

“It’s the class that should suit me the best but, for whatever reason, things have never really clicked at the TT on the 600, so I’m hoping this year will be different.

“The R6 is a great bike and I’ll be doing the British Supersport Championship as well, so I’ll be sharper than ever before when practice gets underway and I’d really like to get two good results.

“I’ve won races and had podiums at the other International Road Races and whilst I’m not going to say I’m going to win, I’m riding against the same people at the TT so, with the new team that we now have, I’m confident we’ll be able to give a good account of ourselves in all of the races in June.”

Johnston's former Honda team announced last month it would be returning to the roads with Hutchinson, while ex-Norton and Gulf BMW rider David Johnson will join him.