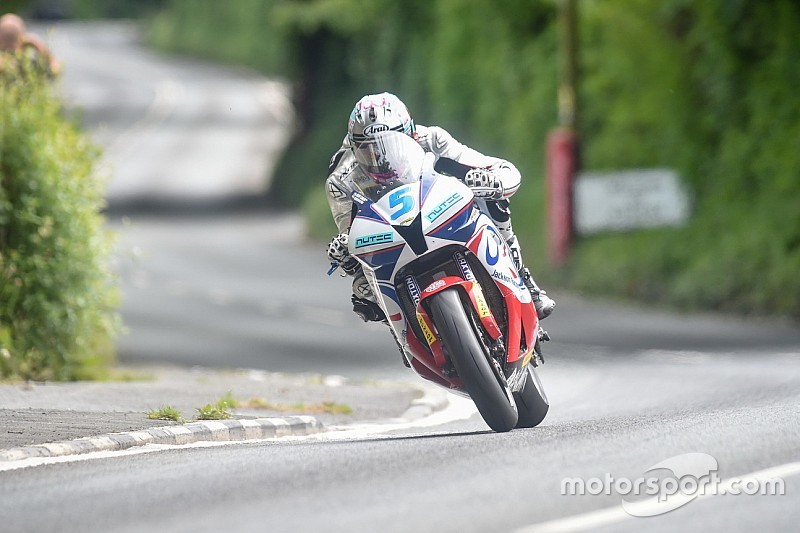 Isle of Man TT legend John McGuinness has secured machinery for the Supersport class on the eve of the 2019 event with the Padgetts team.

McGuinness returns to the TT in '19 after a two-year absence with a leg injury, racing in the Superbike and Lightweight classes with Norton, and in the Zero class with Mugen. The 23-time winner did have an entry for the both SSP races – where he will start third – but had yet to secure machinery, sitting out the class during the North West 200 last week.

However, McGuinness has signed a deal to campaign Honda CBR600RRs with Clive Padgett's outfit, with whom he raced for between '07 and '14. He will partner Conor Cummins – who will race Padgetts’ bikes in the SBK and Superstock races as well – and Norton Lightweight team-mate Davey Todd.

McGuinness remains without STK machinery for race week, though does have an entry for the the four-lap race, which is due to take place on Monday June 3. McGuinness's Norton race debut at the NW200 ended in a distant 11th-place in the only SBK race of the meeting, while he never made the start of either Supertwins contests.

Practice for the 2019 TT was due to get underway on Saturday evening, but inclement weather and poor visibility caused by mist over the mountain section forced event organisers the ACU to postpone running until Sunday afternoon.

McGuinness will be reunited with his Norton SG8 on Monday evening in the first SBK practice of the event, though does have some knowledge of the bike on the course already having completed demonstration laps on it during last year's TT.