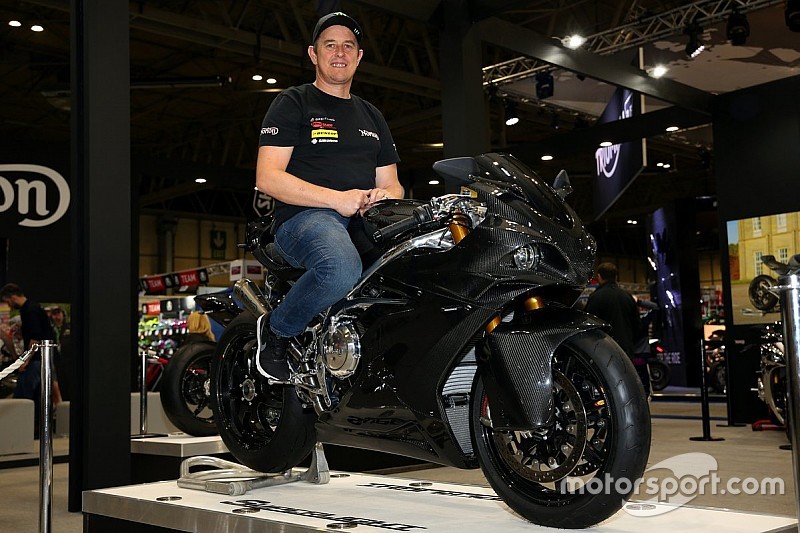 Norton has confirmed it has reverted to an older engine specification to meet North West 200 Superbike regulations, allowing John McGuinness's return to go ahead as planned to the venue where he “snapped my leg in half” two years ago.

Six-time NW200 race winner McGuinness has been absent from the Northern Ireland event since the crash from his Honda in 2017 that resulted in him suffering a badly broken right leg. Norton initially submitted its entry for the 2019 NW200 SBK races stating it would be racing a 1000cc bike, but it soon transpired it had planned to bring its new 1200cc-powered SG8.

As current SBK regulations limit engine capacity to 1000cc, NW200 organisers were forced to refuse Norton and McGuinness entry to the class for this year's races. However, after “a lot of sorting out”, Norton has been able to revert to the former MotoGP CRT 1000cc Aprilia V4 engine it had used previously.

“It has all come together at the 11th hour,” said McGuinness. “I was at Rockingham last week and I have been banging in the miles at Bruntingthorpe, Anglesey, Cadwell [Park], Castle Combe and Oulton [Park]. I've had to be patient and it has been a long wait, but now I can't wait to get stuck in at the North West 200.”

McGuinness returned to racing action at last year's Classic TT, where he won the Senior race, while also competing at the Macau Grand Prix. The 23-time TT winner admits he will be “nervous” going into the Primrose section of the NW200 Triangle circuit where he crashed two years ago, but says he is going into the event “optimistic we can do OK”.

“I matched times I did on the Honda when we tested at Castle Combe, so the bike isn't a million miles away,” he added. “The engine is more powerful and the bike has lots of speed and stability. The team is good, the tyres are good and we have been doing the work. I haven't raced at the North West since I snapped my leg in half two years ago, but I am going into the event with an open mind and I am optimistic we can do OK.

“I am excited, but I will be nervous as well, especially going into Primrose where it nearly all ended two years ago. I wouldn't be human if I wasn't.”

McGuinness has entries for the Supersport and Superstock races, but currently doesn't have machinery secured yet. He will race Norton's new 650 Superlight in the Supertwins races, though Lightweight class team-mates Peter Hickman and Davey Todd will not have the bike available at the NW200.

The thrills of road racing come to Motorsport.tv