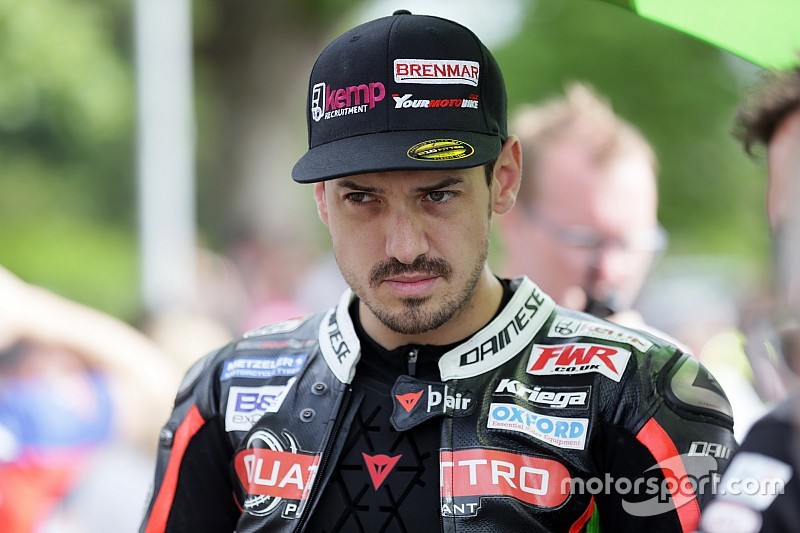 James Hillier eased to a maiden North West 200 win in the Superstock race, while the final feature Superbike race was cancelled due to worsening weather conditions.

Saturday at the 2019 NW200 has been affected by rain all day, with numerous delays to the schedule coming as a result of crashes in the iffy conditions. Despite this, four of the five schedule races eventually took place, with the road closing time extended to 2100 local time to allow a full programme to completed.

However, worsening track conditions and fading light forced many riders to pull out of the final SBK race, with organisers eventually taking the decision to abandon it.

Bournemouth Kawasaki’s Hillier registered his debut NW200 win in the preceding Superstock race, having ridden the same bike in the opening Superbike encounter of the day. He took the lead off the startline, and by the end of the first tour had built up an advantage of nine seconds, with Hawk Racing's Richard Cooper leading the chase having cleared Dean Harrison (Silicone Engineering) and SBK race one winner Glenn Irwin.

Hillier extended his lead to 19s at one stage, before increasing rain forced him to back off on the last lap – though came under no threat through to the chequered flag.

Cooper got the upper hand over David Todd (Penz13.com Racing) for his maiden rostrum finish on his NW200 debut, with Harrison fourth.

Hillier’s team-mate Irwin dropped off the pace late on and crossed the line eighth, while Hickman, Dunlop and Hutchinson pulled out after lap one.

Jeremy McWilliams took his tally of NW200 wins to three, after beating Christian Elkin by 1.3s in the second Supertwins race of the meeting.

The KMR Kawasaki rider – who destroyed the bike in a crash on Thursday – usurped early leader Rutter at University on the first tour, and prevailed in battle with Elkin (Dynocentre Racing) over the four-laps. Rutter completed the podium on the second KMR bike, while Irwin, McGuinness, poleman Jamie Coward and Derek McGee were non-starters.

You can follow all the thrills of motorbike road-racing highlights on Motorsport.tv.