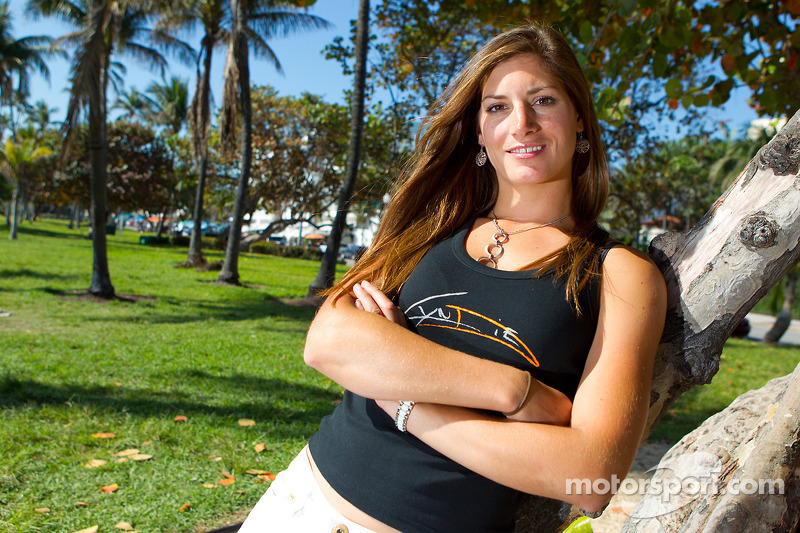 Abu Dhabi, UAE, December 19, 2011 – A busy 2012 winter for Cyndie Allemann: the racing star from Switzerland was selected as one of the drivers to take part in the inaugural i1 Super Series, starting with the media day and shakedown this week. She will have the opportunity to race wheel-to-wheel with established international stars such as 1997 F1 World Champion Jacques Villeneuve, and current and past F1 drivers Vitantonio Liuzzi, Karun Chandhok, Giancarlo Fisichella, Heinz-Harald Frentzen and Jean Alesi, but also against talented young Indian drivers.

To take part of a new international series is an exciting challenge for me.

From the first race on January 22 in Sepang (Malaysia) to the season finale in Abu Dhabi (UAE) on March 10, Cyndie will have the chance to race the Radical SR3 prototype car on different world class circuits.

“To take part of a new international series is an exciting challenge for me. I’m super motivated because the cars are the same for everyone, and also, I will have the opportunity to race on famous international circuits. I’ve raced in Abu Dhabi before, but Sepang, Bahrain, Losail and Buddh International Circuit will all be new experiences to me. I’m very grateful that the promoter Machdar Motorsports has thought about me to race against this very selective group of drivers.”

Starting the new year by racing in the Radical SR3 prototype car is also an excellent learning experience for Cyndie, since she is currently planning her full racing program for the rest of the 2012 season.

“I’m eager to try and race the Radical SR3 prototype car: it’s a competitive car and ideal for this very unique format of two races on a single day. It’s also a fun car to drive and can’t wait to see what I can learn from the experience and how I will be able to use it, moving forward with my career. I’m really looking forward to have fun racing in this series.”

Not only Cyndie will race in a new series, but she also has an interesting perspective on racing in India, Asia and the Middle East: 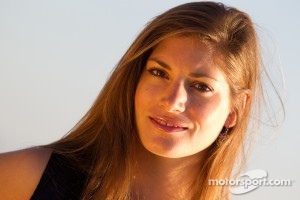 “The racing part is exciting, but I’m also looking forward to be exposed to new cultures and new countries, as most of them will be totally new to me. It is important that I also take this experience as a way to evolve as a person. Also, the future development of motor racing should grow in emerging markets. Contributing to this growth and being among the first to support such a project for a country like India is important to me. Auto racing is still a new sport in India and I’m happy to play a role, even a small one, in the development of the sport in this wonderful country and helping young Indian drivers.”

Cyndie Allemann: a World class driver, top athlete and brand ambassador. Always a fan favorite, whether in Europe or in the USA, 25 years old Cyndie Allemann was literally born for speed.

Her 18-year racing career has seen her compete at the highest levels in many different series and tracks around the World: karting (winning the European junior title when she was only thirteen), open-wheel (EuroF3, Indy Lights, etc.), GT (FIA-GT1 World Championship) and endurance racing (GT1 podium at Spa in the Le Mans Series, 24 Hours of Le Mans, etc.)

She is training hard on and off the track while working on several new opportunities in different forms of racing for the 2012 season.

For more info on Cyndie or to follow her, visit her web site and her facebook fan page at:
www.cyndieallemann.ch
www.facebook.com/CyndieAllemannOfficialPage