Banquet emcee Greg Creamer introduced the newly inducted Hall of Famers to the 428 members and motorsports fans in attendance.

Banquet emcee Greg Creamer introduced the newly inducted Hall of Famers to the 428 members and motorsports fans in attendance.

Barnes was the first Hall of Famer to the stage in the evening, reminiscing on her well rounded and on-going service time as a Director, a multiple National Championship winning Solo driver, a Solo event organizer and a Club Racing steward for the SCCA. 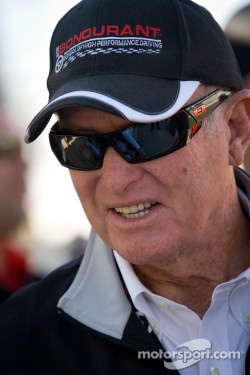 “I’ve been fortunate to have friends encourage me to take on responsibilities that I never thought I would do,” Barnes said. “There are friends who encouraged me that I should not quit competing when I had a broken car or didn’t feel like driving anymore. There are friends who have pointed out the errors of my ways, but they gave me great support when I was right. It took time to develop those friendships, and it was well worth the wait.

“This is such an honor. It’s had me thinking about some of my SCCA highlights, and I wonder if everyone in this room has them. Think about yours. Thank you, SCCA, this is a great honor. I hope I will be able to share our club with new generations of people, and I hope you will do so, too.”

Bondurant may be most famous today for the driving school that he founded and bears his name, influencing countless numbers of SCCA racers with instruction. As a driver prior to opening the driving school after a career-ending crash in 1967, Bondurant teamed with co-inductee Gurney to win Le Mans and began his career as an SCCA B Production Corvette driver.

“I’m really honored to be voted into the SCCA Hall of Fame. I have been racing all my life. I raced over in Europe, because I wanted to race against the world’s best. When Dan and I won at LeMans in the Daytona Coupe, that was the first time anyone had beaten the Ferraris. I had four of them chasing me for the final two hours, and they couldn’t catch me.”

Bondurant entertained the crowds with stories from his Corvette days in SCCA, as well, before that legendary moment 50 years ago this year.

“I still give hot laps every week at the school. It’s been a fantastic time in my life. I just want to say thank you to everyone, I’m really honored.”

Bondurant, along with RACER Magazine and SportsCar publisher Paul Pfanner, remained on stage to accept the award for their longtime friend Gurney. Gurney, a motorsports legend and race winner in IndyCar, NASCAR, and Formula One, made his mark as a team owner and driver in SCCA Trans-Am and Can-Am competition but was unable to attend Saturday night’s celebration. 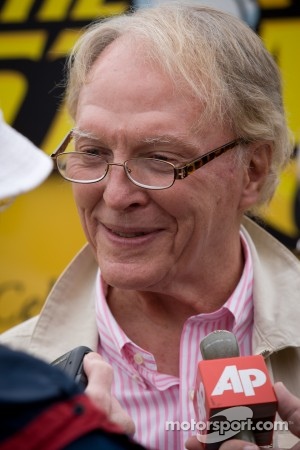 “The Gurney family wants to wish our club a happy birthday,” Pfanner said. “I’ve known Dan a very long time. He was my hero when I was 10 years old. He and his family talked me into starting my own publishing company. My first partner was his CFO, and they’ve been just great to me over the years.”

With an introduction out of the way, Pfanner read from a message sent from Gurney.

“Thank you for inducting me into the SCCA Hall of Fame,” Gurney wrote. “The Sports Car Club of America has been part of my life for as long as I can remember.”

Gurney recalled a letter he sent to the SCCA as a 27-year-old in 1958, criticizing the Club’s then-policy to not allow professionals to race with the club. Among other things in his rebuke, Gurney called the SCCA “short sighted in his strongly worded letter. Fifty-six year’s later, Gurney admitted to being “slightly ashamed” of his younger self.

“The SCCA did not stay shortsighted for long,” Gurney recalls. “Times and attitudes changed and professionals were soon allowed to race. The SCCA became a powerhouse in motorsports. Back then, I wanted to race more than I wanted to breathe. I wanted to make all of you proud of this American. I hope that once in a while, I succeeded.”

Dr. Hubbard and Downing may have saved more lives than any two people in the sport when they developed the Head and Neck Support (HANS) device in the mid-1980s, following the loss of a close friend to a basilar skull fracture. Not just content to build the device, the brothers-in-law marketed and pushed the device to become as standard as seatbelts and a helmet in all forms of motorsports.

“When I was an undergrad at Duke University, the professor asked what I wanted to do,” Hubbard said. “I wanted to be a mechanical engineer, and I said I wanted to do something that was life changing. The other thing that happened at Duke was I fell in love with Jim’s sister, JoAnn. Along with that came a bonus, Jim.”

Dr. Hubbard, with his brother-in-law Downing, absolutely changed the lives of many racers and their families.

“It was the dawning of a real innovative time in racing history, because there was never a device like that,” Hubbard said. “I got some money together through a state of Michigan grant for small businesses, and the studies showed that it worked (to prevent the basilar skull fractures common in motorsports at the time). At that point, we became morally obligated to pursue this. 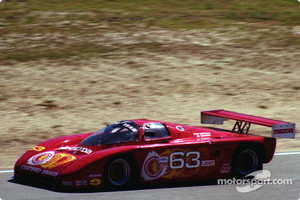 “I wouldn’t in my wildest dream believe I’d be on the same stage and share an award with the likes of Bob Bondurant and Dan Gurney. I’m really grateful to be here, and this award is the most meaningful I’ve ever had.”

Downing, a champion professional driver in his own right, was equally thankful.

“Lisa Noble (SCCA President) called me up, and I was in the paddock at Road America at the time,” Downing said. “She said, we want to induct you into the SCCA Hall of Fame. I thought ‘golly, they finally recognized my two third places in the Runoffs!’”

On a serious note, Downing reflected on the early years of the HANS Device.

“Bob may not have understood how hard it was in the early days,” Downing said of the low sales and poor reception the new product initially received. “People just didn’t think it was going to work. Paul Newman was the second guy to use it, and he said ‘this is exactly what I need.’ I thank all of you who were early adopters of the device.”

Hylton’s effort to preserve the Club’s now 70-year history as an author and archivist have made him an integral part of the SCCA. Among his accomplishments, Hylton was instrumental in the founding of the very Hall of Fame of which he now permanently resides.

“The SCCA has been one of my pursuits for the last 40 years,” Hylton said. “But never could I hope, nor could I dream, that I would ever be included on the list of names in the Hall of Fame. To be included on a list of dignitaries like this is beyond my wildest dreams, and I thank you.

“Wishes and dreams have brought me a long way, and I hope I’m not at the end. To you, the next generation of SCCA members, I leave it to you. To you, I say, dream. Dream big, and never stop dreaming. Because wishes do come true if you wish with all your might.”

In addition to the SCCA Hall of Fame honors, many of the SCCA’s top awards for current members were distributed on Saturday night.

The RallyCross Dirty Cup annually goes to the SCCA RallyCross recognize an individual that has made an extraordinary contribution to the sport of SCCA RallyCross, with Ken Cashion taking home the honor this year. Cashion has served as an event developer, organizer, RallyCross Board Chairman, and driver, leading the Colorado Region into a model program emulated across the country.

“Wow, amazing,” Kautz said. “It’s an honor just to be here with the legends of the sport, let alone on stage with this award. I love our Club, and its health, and I’m looking forward to many more years of racing.”

Jerry Cabe earned one of the top honors that any SCCA member can take home, presented to a club member who makes a great contribution to the Club overall. The award comes with one of the best prizes a motorsports fan could imagine – an all-expenses paid trip to any motorsports event in the world, funded through an endowment made from an anonymous SCCA member.

The evening ended with the presentation of the Woolf Barnato Award, SCCA’s highest single honor presented to the member who has made the most outstanding long-term contribution to the SCCA. The award, which has now been presented for 66 years, goes to Bob Dowie.

“I can’t believe it,” Dowie said. “For those that know me, you know how rarely I’m speechless. It’s such an honor and I’m so proud to be a part of this club.”

The SCCA National Convention continues on Sunday with seminars and training sessions throughout the day, alongside the North American Motorsports Expo (MSX) at the Charlotte Convention Center.