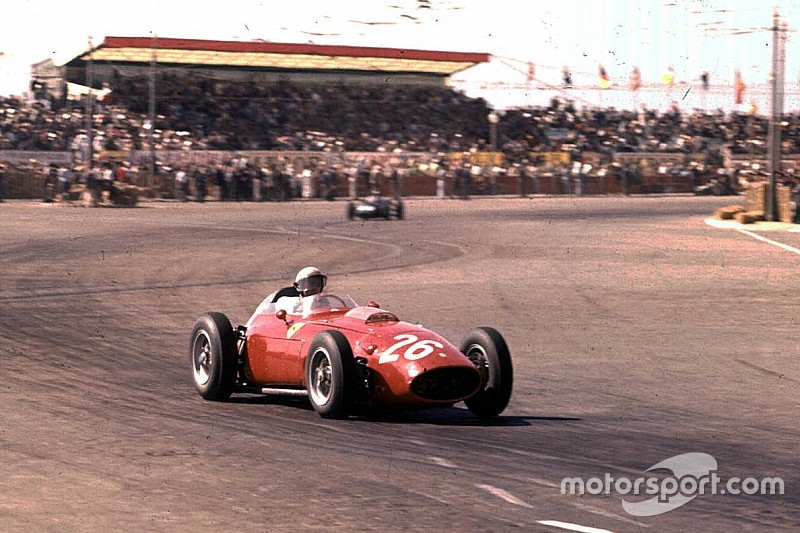 The group will be formally inducted at the SCCA Hall of Fame and Awards Banquet on January 21, to join the previous 67 inductees who are regarded as “the building blocks that have elevated SCCA’s stature in the motorsports world for more than 70 years.”

Phil Hill was America’s first of only two Formula World Champions, driving the classic Ferrari 156 ‘Sharknose’ to two wins and four other podium finishes in the seven races Scuderia Ferrari entered in 1961. The previous year, he scored the last-ever F1 Grand Prix win for a front-engined car, the Ferrari Dino 246 (pictured above).

Hill’s motorsport career started in the California Sports Car Club before racing Alfa Romeos, OSCAs and Ferraris for wealthy car owners in the SCCA, becoming champion in the D Modified category in 1955. Outside of Formula 1, Hill won the 24 Hours of Le Mans and the 12 Hours of Sebring three times each.

Florida-born California-domiciled Hill died in 2008 at the age of 81.

The seven other SCCA HoF nominees are:

Lyn St. James – The 1976 and 1977 SCCA Florida regional champion entered 53 SCCA Trans-Am races but is most famous as the only woman to win an IMSA GT race driving solo (Watkins Glen, 1988), and starting seven Indy 500s. The GTO-class winner at Sebring 12 Hours in 1990, she formed the Women in the Winner’s Circle organization dedicated to the advancement of women in the motorsports industry and became president of the Women’s Sports Foundation.

Joe Huffaker, Sr. – He ran the competition department of British Motor Cars in San Francisco, building Formula Juniors and Genie sportscars. Huffaker helped build the MG Liquid Suspension Specials for the Indy 500 in the mid-1960s, and after leaving BMC in 1967, he formed Huffaker Engineering, which prepared British cars for SCCA competition and in the 1980s, built Pontiacs for the Trans Am and IMSA competition. Huffaker also helped develop safety technology in the form of the deformable fuel cell.

Dennis Dean – A longtime SCCA volunteer in the Washington DC region who served as a tech inspector and steward before becoming the Club’s VP of Club Racing and Rally/Solo and a member of the SCCA Foundation board.

Larry and Linda Dent  – SCCA stewards who designed the SCCA Safety Steward program, an initiative that is credited with having improved motorsports safety as a whole.