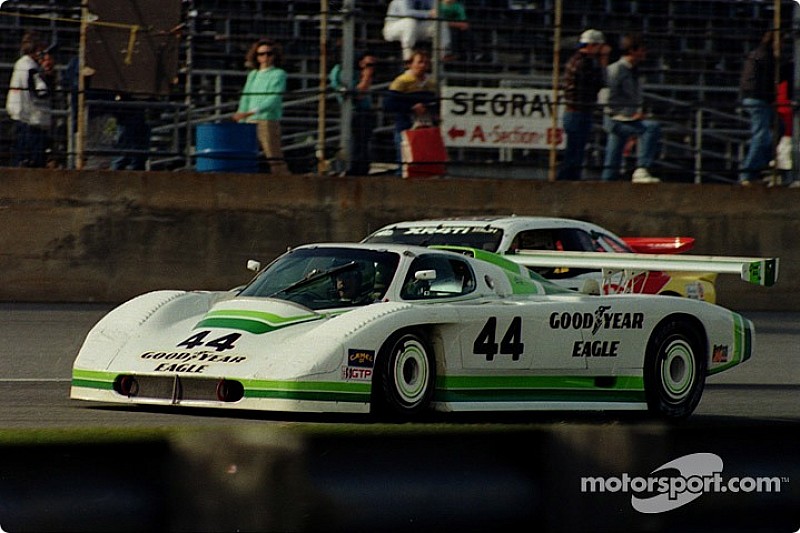 Five names will be added the Sports Car Club of America Hall of Fame, Saturday, Feb. 21, at the SCCA Hall of Fame Banquet presented by Mazda during the North American Motorsports Expo (MSX) and SCCA National Convention in Charlotte. The 2015 class is made up of Roger H. Johnson, Oscar Koveleski, Ron Sharp, Dr. George Snively and Bob Tullius.

The accomplishments of the 2015 inductees, along with the previous Hall inductees, are the building blocks that have given the SCCA its elevated stature in the world of motorsports for more than 70 years.

Roger H. Johnson left his mark in the world of Solo, specifically in the area of course design. Many of the course designs seen at regional- and national-level autocross events take cues from Johnson’s school of thought. He has used his knowledge to publish materials to help current and future designers create safer and more challenging setups for competition sites of various size.

Johnson has also been responsible for bringing former F1 and IndyCar driver Eliseo Salazar, along with a handful of other Chilean drivers, to the Solo Nationals to compete for the last two years. He has been formally recognized for his efforts within the Club by being presented with the Spirit of the Sport Award, in 1998, and the Solo Cup, in 2003.

Oscar Koveleski joined SCCA in 1950 and scored his first win in a Regional Club race in 1951 at Bone Stadium, in Pittston, Pa. Throughout the 1950s and 1960s, Koveleski raced regularly in SCCA competition. He also took part in the 12 Hours of Sebring and 24 Hours of Daytona during that time. In 1970, he won the National Championship Runoffs at Road Atlanta in A Sports Racing and was part of the Can-Am series from 1969 through 1972. Koveleski joined the board of directors for the Motor Racing Safety Society and served on the SCCA Board of Governors.

Ron Sharp made a name for himself on the organizational side of the sport. In 1988, an idea was hatched to have a race on the streets of Des Moines. Sharp, who was the RE of the Des Moines Valley Region at the time, was able to solve many of the logistical issues involved in putting on such a large event and brought the Des Moines Grand Prix into being in 1989. In 1994, Sharp became the Chairperson for the Runoffs as the event transitioned from Road Atlanta to Mid-Ohio Sports Car Course.

As a medical professional, Dr. George Snively was instrumental in the advancement of safety in motorsports. It was Snively’s research into helmet design that helped to establish the Snell Foundation following a fatal accident involving well liked racer William “Pete” Snell. Since 1957, the foundation has tested helmets for everything from auto racing to skateboarding making each of these activities safer for their participants. The SCCA made the George Snively Award, originally presented by the San Francisco Region, a national award in 1988 to honor outstanding contributions to safety in motorsports.

Bob Tullius became known not only as a top-notch racecar driver in his own right, but also for raising the bar of professionalism in racing from the 1960s to the 1980s. He and his team, Group 44, Inc., raced at both the amateur and professional levels within the SCCA. As a driver, he was a four-time National Champion in three different classes. His Group 44 team was responsible for 21 Trans-Am race wins, more than 300 club racing wins and 14 SCCA National Championship titles. He forged long-term relationships with many companies that supported his racing efforts through sponsorship.

The SCCA National Hall of Fame was created in 2004 to preserve, protect and record the history and accomplishments of the Club by acknowledging those members who have made a significant impact on the development of SCCA, be it through service to the national organization, achievements in national competition, bringing national recognition to SCCA, or a combination of these factors. Nominations were submitted to, and reviewed by, the Hall of Fame Nomination and Selection Committees before the inductees were selected.

The 2015 SCCA Hall of Fame class will be inducted on Saturday, February 21, and is included in the price of the SCCA Convention attendance. Information on MSX and the concurrent SCCA National Convention, including registration, is available at www.msxexpo.com.

More information on the Sports Car Club of America, including the SCCA Hall of Fame is available at www.scca.com.