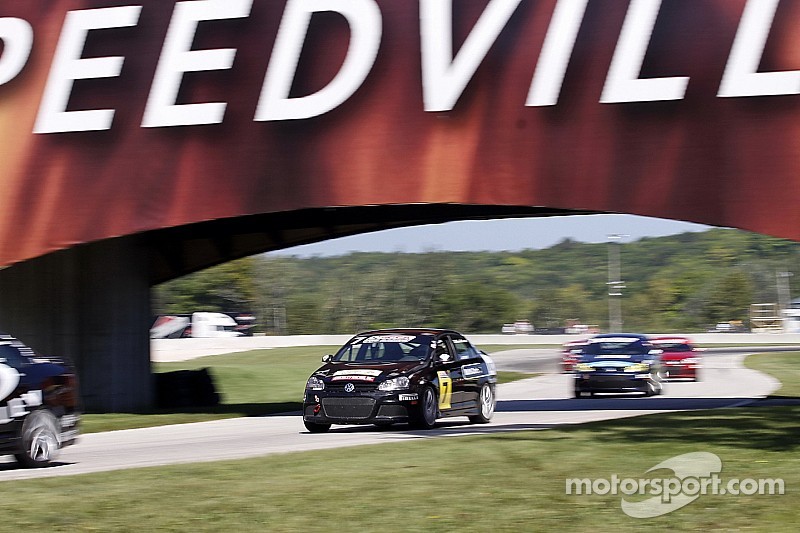 Sports Car Club of America, Inc. announced a restructuring of its National Office this week, positioning four current employees in more prominent positions and adding one new member to its staff.

The restructuring aligns the entire office into three departments – Operations, Business Development and Administration. Each of the departments will work closely to support the other’s goals and objectives.

“This reorganization has been diligently planned with specific goals in mind,” Lisa Noble, SCCA President/CEO, said. “First, this will create a more collaborative office environment, embracing project management across our three departments. It will also add an even greater marketing perspective to our competition departments that will allow us to better support those programs and make our events more exciting.

“This move allows us to keep pace with the changing landscape of our Club, supporting our existing elements and developing new programs that allow us to better support new members. The energy and enthusiasm of our new leadership team gives the SCCA a bright future as we grow.”

SCCA’s road racing, autocross and rally activities will roll up into one operations department, providing a collaborative structure that will benefit each discipline. The new department will be led by newly-appointed Chief Operations Officer Eric Prill, who will oversee all SCCA competition activities, related staff, partnerships and events.

“Eric has the broadest range of motorsports experience in this office, from Pro Racing and into all of our Club’s programs in operations and as a competitor,” Noble said. “This move to COO gives SCCA an opportunity to take advantage of those skills and give all of our competition programs the benefit of that experience.”

Prill, 41, joined the SCCA staff in 1996 and moves to the competition side of the business after 18 years in marketing, communications and public relations for both SCCA and SCCA Pro Racing. Under his direction, sponsorship revenue for the organization doubled, he developed a highly-regarded event communications and PR platform for professional and amateur events and the National Championship Runoffs® was taken worldwide via live webcast. Growing up in an SCCA family, Prill was a licensed worker prior to attaining his competition license in 1995. Behind the wheel, he is a veteran at both the Runoffs and the Tire Rack SCCA Solo National Championships.

“While I have been on the marketing and communications side of the business, I’ve always been closely related to our programs,” Prill said. “I’m thrilled with the opportunity to bring my perspective and experience to SCCA’s programs and events, both from a marketing standpoint and as a participant enthusiast.

“SCCA has a great core membership, one that is passionate about participating, be it as a driver, worker, crew member or fan. Our excellent staff is committed to evolving SCCA’s existing programs and processes that make this more enjoyable, while developing new growth initiatives to ensure the Club’s success in the future.”

Deanna Flanagan, 37, will manage many of SCCA’s amateur road racing programs and support staff, including the U.S. Majors Tour, National Championship Runoffs and local racing initiatives after a promotion to Sr. Manager of Club Racing. Flanagan has been with SCCA for 12 years, beginning in accounting as the Club made the transition to its current Topeka headquarters, then moving to Club Racing in 2006.

Flanagan is well-versed in Club Racing operations and administration, having worked closely with Region leadership, officials and drivers from across the country while serving as Club Racing Manager. She was instrumental in the launch of the BFGoodrich Tires Super Tour, has developed process and guideline manuals for the Majors and expanded her leadership role at the National Championship Runoffs over the last several years.

“Deanna has already proved her mettle by taking the lead in the Super Tour and expanding her role in our larger racing events, including the Runoffs,” Noble continued. “Her combination of customer service, operational excellence and project management skills make her an excellent choice to lead these programs.”

Howard Duncan will continue to lead the day-to-day operations of the autocross and rally programs within the operations department.

Reece White, 35, earns responsibility for the day-to-day management surrounding the Club’s marketing initiatives, public relations, websites, publications, advertising and promotional activities the as the Sr. Manager of Marketing and Communications. White has served as the Club’s Public Relations Manager since 2010. During that time, he managed the communications strategies for all of SCCA’s programs on both the amateur and professional sides, attending most U.S. Majors Tour events in recent years, as well as the Tire Rack Solo National Championships and the SCCA National Championship Runoffs.

“Reece’s industry experience beyond the SCCA has proved invaluable during his time here,” Noble stated. “We look forward to that knowledge, as well as his point of view regarding SCCA activities that he’s gained during his tenure here as a member, while we move into the future.”

White will report to VP of Business Development Robert Clarke in the new structure, as will the existing Experiential Programs Department.

Pfannenstiel replaces outgoing Vice President, Finance Rick Ehret, who is retiring at the end of the year. Ehret will remain close to SCCA in a consulting role.

“Mindi is a part of the team that has been with the Club since the move,” Noble said. “She has been an invaluable resource of the SCCA as she has moved up through the finance department. Though we’ll miss Rick as he moves on to an exciting stage of his life, that experience will serve Mindi well as she steps into that leadership role.”

Joining Pfannenstiel is SCCA newcomer Mitchell Root, 49, as Manager of Accounting and Human Resources. Root joins SCCA from the Kansas Insurance Department, where he was the Financial Examiner. Prior to that, Root worked at Florence Crittendon of Kansas as Director of Administration and Mize, Houser and Company as auditor. Root is a Topeka resident, and attended Washburn University.