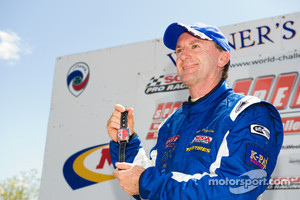 Sunday morning’s highlights included the Tall Tales With SCCA Legends in the MSX Exhibit Hall, with a collection of SCCA Hall of Famers and long-time members trading bench racing stories. Toly Arutunoff led the discussion, which included R. David Jones, Kathy Barnes, Bob and Pat Bondurant and more throughout the audience contributing to the conversation.

That session ended with a 70 year retrospective and slide show from the now-Hall of Famer Pete Hylton, who served for many years as the Club’s official archivist.

The Convention and the MSX Expo closed at 3 p.m.

Before Saturday night’s SCCA Hall of Fame festivities, and handful of Solo and Club Racing awards were handed out in each group’s respective town halls.