“BFGoodrich Tires has been a long-time supporter of SCCA and our competitors,” Lisa Noble, interim SCCA President and CEO, said. “Bringing back the Super Tour races as featured events in the Majors Series in 2014 highlights that relationship. The Super Tour has grown because of BFGoodrich Tires’ involvement, and we’re looking forward to a great 2014 season with them.” 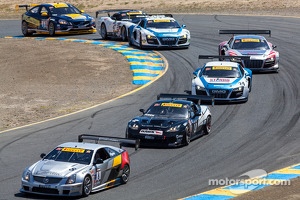 As in 2013, each BFGoodrich Tires Super Tour event will feature the events core to the U.S. Majors Tour – victory laps and podium ceremonies, championship points, and media coverage on SCCA.com with notes and statistics on the Club’s play-by-play Twitter account, @SCCALive.

In addition, BFGoodrich Tires Super Tour events will feature live streaming audio from the track’s public address announcer and coverage in SportsCar Magazine. BFGoodrich Tires will randomly give away one set of tires to a driver in attendance at the Saturday night party at each of the six weekends. Five different volunteer workers in attendance at each of the six events will earn $100 as door prizes.

BFGoodrich Tires will also give away a Bell Helmet, custom painted to the winner’s design by Indocil Art, at the National Championship Runoffs. Finalists will be the drivers scoring the most points at BFGoodrich Tire Super Tour events in six Club Racing categories (Big Bore, Small Bore, Big Formula/Prototype, Small Formula, Spec Racing and Touring).

“BFGoodrich Tires is proud to again partner with the SCCA in support of the premier events on the club racing calendar, culminating with the 51st Runoffs at Mazda Raceway Laguna Seca,” Peter Calhoun, Motorsports Manager, BFGoodrich Tires, said. “The Super Tour events have seen growth each of the first three seasons and 2014 should be no exception with the quality of venues included on the calendar.”

Coyne still in talks with Grosjean but Andretti rumors mount

Coyne still in talks with Grosjean but Andretti rumors mount