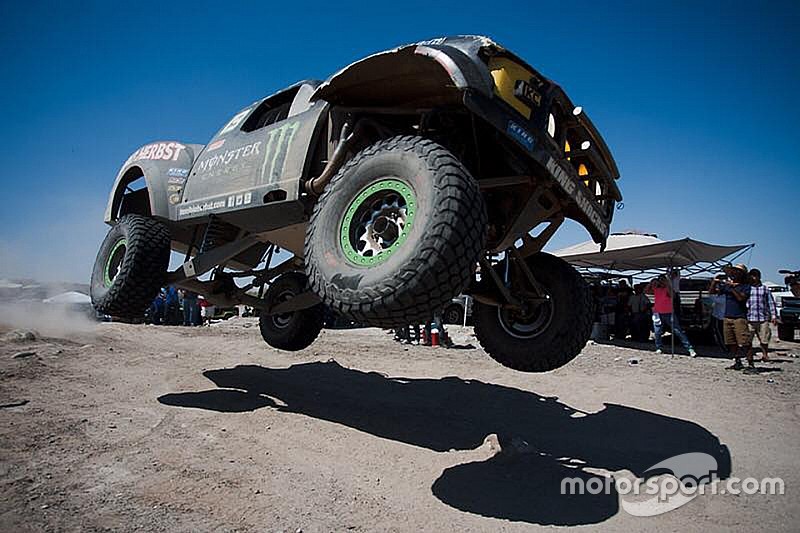 One spectator and two competitors died in this year’s Baja 500, which was won by Mexico’s Gustavo Vildosola Jr.

The car/truck/UTV category of the SCORE-run event had barely gotten underway when Todd Pedersen’s Trophy Truck made contact with spectators at Ensenada, within half a mile of the start.

According to an official SCORE statement, Pedersen, while attempting to avoid a crowd of spectators, struck three fans including an eight-year-old boy. The boy was transported to an Ensenada hospital but pronounced dead on arrival. The boy’s mother was also injured but is said to be in a stable condition in hospital, while a third fan incurred minor injuries.

Two competitors have also perished. One, Travis Livingston of Palmdale, Calif., crashed his Pro Moto Unlimited bike at race mile 288.9, and although SCORE medical personnel attempted to stabilize him, the 34-year-old went into cardiac arrest and died at the scene.

Another biker, Sportsman Moto rider Noah Evermann, was found dead near his motorcycle by a rival race team.

All three deaths are currently being investigated by Ensenada Municipal Police.

The event was won by Mexico’s Gustavo Vildosola Jr., who completed the 477.52-mile course in 8hr20min55sec in his Ford Raptor. He beat Rob MacCachren’s Ford F-150 by three minutes, with another Mexican, Carlos Lopez in third, a further 2min30sec adrift.