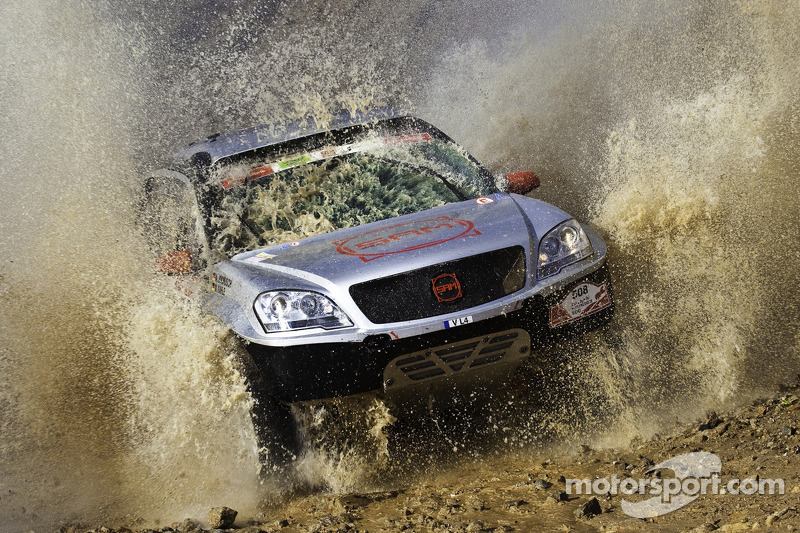 Entries from 30 U.S. states, 15 countries expected for round 3 of 2014 SCORE World Desert Championship to be held June 5-8 in Ensenada, Mexico

Following Tuesday night's live drawing for starting positions, Southern California’s Ricky Brabec, will be the first motorcycle off the starting line in the upcoming 46th annual Tecate SCORE Baja 500 desert race. Entries from around the world continue to arrive for Round 3 of the 2014 SCORE World Desert Championship, to be held June 5-8 in Mexico’s Baja California Norte, starting and finishing in Ensenada, the seaside port on the Pacific Ocean, 80 miles south of San Diego. Riding on the factory-supported No. 4x THR Motorsports Monster Energy Kawasaki KX450F along with Brabec, Oak Hills, Calif., will be David Pearson, Panaca, Nev. and Max Eddy Jr, Barstow, Calif.

With SCORE Trophy Trucks and unlimited Class 1 open-wheel desert race cars qualifying for starting positions, Brabec is certain of his starting position on race day. The start draw was broadcast live worldwide during a special edition of the SCORE Dirt LiveHD Internet show.

SCORE is celebrating its 41st year as the world’s foremost desert racing organization in 2014 and this race is traditionally one of the most popular events on the SCORE schedule. Most the world’s best desert racers will be in action at this year’s 46th anniversary of the Tecate SCORE Baja 500, the original desert race produced by SCORE on July 26, 1974.

It is an elapsed-time race with staggered starts as the green flag on Saturday (June 7) will drop first for the motorcycles and ATVs at 6 a.m. and approximately 10:30 a.m. for the cars, trucks and UTVs.

With over 250 entries competing in 35 Pro and 6 Sportsman classes for cars, trucks, UTVs, motorcycles and ATVs expected at the start line on Saturday, June 7, entries to date have come from 20 U.S. States along with Austria, Canada, Denmark, France, Germany, Guatemala, Italy, Japan and Mexico. A total of 144 entries were received in time for Tuesday’s drawing.

On Thursday, June 5 qualifying for starting positions will be held. Qualifying will be for both the SCORE Trophy Truck and the unlimited Class 1 and will be held over a special course near Ensenada and is not open to the public. Tuesday’s live drawing for these two classes determined their qualifying order, by class, for June 5. Drawing the first qualifying position in SCORE Trophy Truck was Clyde Stacy, Bristol, Va., driver of record for the No. 5 RPM Racing Chevy Silverado while the first qualifying position in Class 1 was drawn by female driver of record Shelby Reid in the No. 168 RPI Racing Chevy-powered Custom built open wheel desert race car.

While most entries in these two top classes are expected to qualify, those who elect not to will be given the remaining start positions in the elapsed-time race based on the original drawing or entry into the race.

Qualifying is closed to the public because of safety concerns. Taped highlights of qualifying will be shown starting Thursday evening (June 5) on the SCORE website.

The race will feature a course of approximately 500 miles that includes some new or seldom-used areas.

SCORE has also announced the pre-running on the race course will begin officially on Saturday, May 24, except for the portion from the start to Ojos Negros (approximately 40 miles), which will be used in both directions during the race. After Ojos Negros, the course will run in a counterclockwise direction.

When finalized by Norman and SCORE Race Director Jose Grijalva, the historic race course will be another memorable example of all that Mexico’s Baja California has to offer, including high-speed dirt trails, sandy, rocky and silty natural terrain, majestic Baja washes and canyons, stretches along the seashore with elevations from sea level to over 4,000 feet. The course will be another jewel reflecting the stark beauty of Baja California. The course will be presented for the first time on the SCORE Dirt LiveHD Internet show on Tuesday as well.