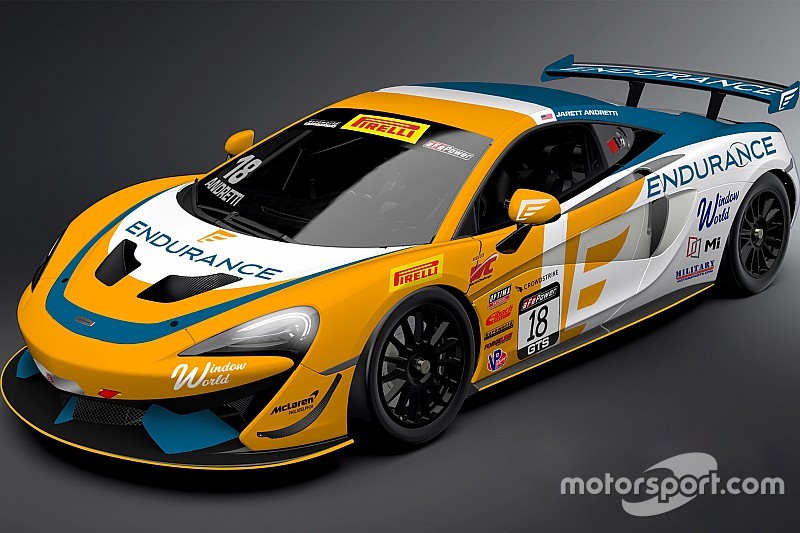 Jarett Andretti will race a McLaren 570S in the GT4 America Series which, under SRO’s stewardship, effectively replaces the Pirelli World Challenge’s GTS class this year.

Andretti, a former sprint car star, will pilot the new McLaren 570S GT4, supplied via McLaren Philadelphia – one of the recently confirmed official motorsport retailers for McLaren Automotive – and run by Andretti Autosport.

The team’s owner and CEO, Michael Andretti, is Jarett’s godfather, and cousin of Jarett’s father, John.

“We are happy to expand our organization for Jarett as he competes with McLaren and the 570S GT4 in the GT4 America Series,” said Michael Andretti.

“Jarett is family and, of course, we know the people at McLaren well. This is a natural partnership for us and Jarett as he continues his professional racing career. We look forward to a successful 2019 race season with McLaren, Endurance [Auto Warranty, primary sponsor] and future partners.”

Jarett Andretti, who last year competed in the Pirelli World Challenge’s Touring Car class, said: “I really want to thank Michael and McLaren for the opportunity to work with them as we build our race program for 2019. I believe we can win a lot of races together. I feel this is the next step in my career and I’m doing it with proven winners.”

“We are pleased to welcome Jarett and Andretti Autosport as part of the McLaren Customer Racing family in the 2019 GT4 America Series,” said Dan Walmsley, motorsport director of McLaren Automotive. “The GT4 America Series is one of the most competitive classes in American sports car racing and it is a significant moment for us to be working with Andretti Autosport, who are one of the biggest names in American racing.”