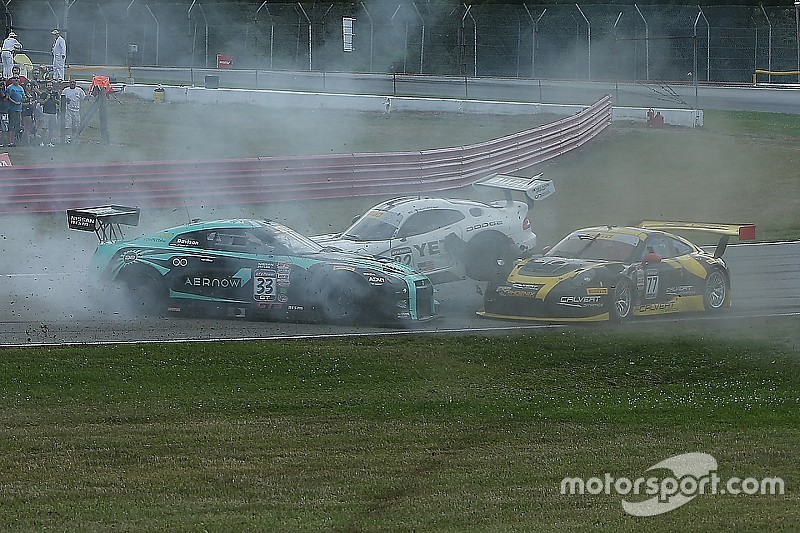 Nissan GT-R star JD Davison has been suspended for Round 16 this Saturday at Utah Motorsports Campus after making avoidable contact at Mid-Ohio while on probation.

Davison’s original transgression came at Canadian Tire Motorsport Park in May, and his probation was in effect for the next six races, including the two Mid-Ohio events.

PWC race director Dorsey Schroeder, explained: “According to the rulebook, any driver who is on probation and violates the term of the probation is automatically suspended for one race – the next round. The Davison violation at Mid-Ohio occurred at the start of Race 1 before the start/finish line that included contact with Colin Thompson.”

Davison will also receive a $5,000 fine and an additional three-race probation.

So as not to punish the Always Evolving team, however, the #33 Nissan GT-R can still be entered, and it is 28-year-old Briton Craig Dolby who has gotten the nod for Utah. Dolby raced for the team for six of last year’s SRO Blancpain Sprint Series rounds, scoring a best finish of fifth.