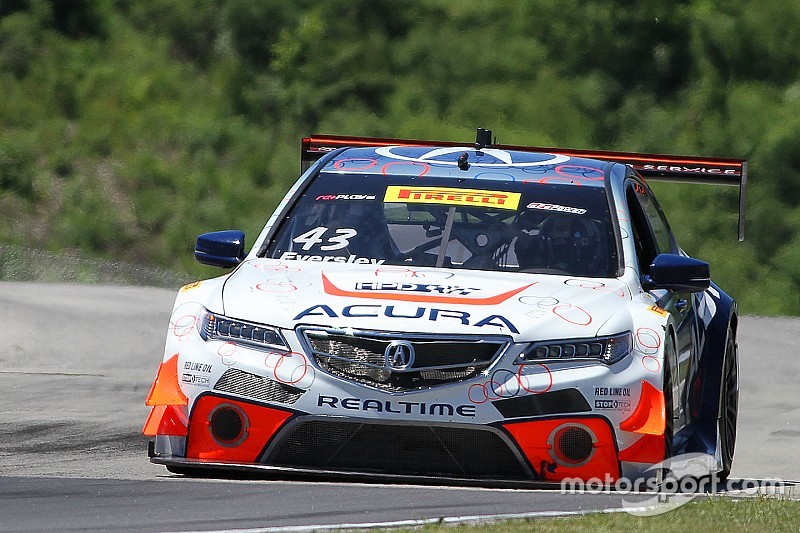 Ryan Eversley and Peter Cunningham scored a 1-2 finish for the RealTime Racing Acura squad on its home track at Road America on Saturday.

Ryan Eversley and Peter Cunningham scored a 1-2 finish for the RealTime Racing Acura squad on its home track at Road America on Saturday.

Eversley grabbed the lead from the start as poleman Adderly Fong made a slow getaway by comparison and fell to second initially.

Fong then fell back multiple places, allowing Cunningham up to second and allowing the Acura duo to scamper clear at the head of the field.

Patrick Long ran third in his Wright Motorsports Porsche 911, but Fong worked his way back into third, pulling off a smart move around the outside of Billy Mitchell Bend.

Conversely, Johnny O’Connell slipped backwards through the field with a misfire on his Cadillac ATS-VR – which harmed his bid to keep in the title fight.

Points leader Alvaro Parente, who is battling Long for the lead of the championship, finished sixth behind the Nissan of James Davison. He fended off the chasing Michael Cooper in the second Cadillac.

Frankie Montecalvo was on target to win the GTA class in his Mercedes SLS, but slid wide at the Carousel with less than four minutes remaining. That allowed the chasing Porsche of Michael Schein to pounce past him on the approach to the kink.