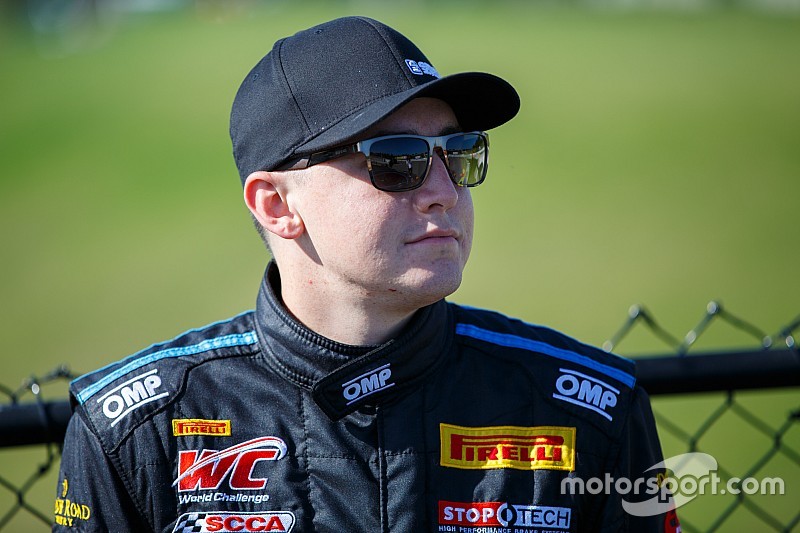 Riddle last competed in the Pirelli World Challenge in 2016 when the personable Canadian racer captured the first-ever GTS SprintX drivers’ championship in the Sportsman division in an Aston Martin Vantage GT4. Max scored the SprintX Am/Am title with consistent runs in all of the events including finishing the podium (top-three) in every race and winning four of the six inaugural SprintX races (60-minute, two-driver format).

“It is extremely exciting to return to the Pirelli World Challenge this year with Mark and the KPR team in the GTS SprintX class,” said Riddle, who’ll begin his PWC season with Klenin at the Circuit of the Americas (COTA) on March 23-25. “I want to thank Mark, Jackson Stewart (team manager) and the whole KPR team for this opportunity to get back into a series that I love. And the SprintX format is very fun to drive. I’m also quite anxious to get into a legendary car such as the McLaren. The 570S GT4 is a beautiful car and it should be great to race it.”

Klenin saw the talents of Riddle previously in the Pirelli World Challenge as the two competed against each other the GTS category.

“We are thrilled to have a young, talented driver such as Max join the KPR team in 2018,” said Klenin, who’ll begin the GTS season in the streets of St. Petersburg on March 9-11 in two 50-minute sprint races. “Max comes from a karting and rally background and has shown tremendous speed in the GTS class in recent years. Having Max co-drive with myself in the GTS SprintX races is an outstanding combination for the KPR Premiere Copier squad.”

Riddle’s racing career dates back to karting when he started at age 14 and later earned a spot on the Canadian Rotex national team. Max also competed in the Rotex Karting World Finals in Portugal. He later moved into the formula cars as well as MX-5 sports cars.

“I had to sit out the season in 2017 and now I’m so ready to begin testing in the McLaren,” said Riddle, a former GTS pole sitter at Canadian Tire Motorsports Park. “We plan to hit the testing trail in a couple of weeks and I can’t wait. Mark has been working hard this winter on his fitness and karting conditioning. I believe Mark and I will make a strong team in the GTS SprintX races this year. Mark is a very fast driver and we just need to make him consistent now with the McLaren. Hopefully, I can help do that with our partnership this year.”

Riddle’s excitement to drive the McLaren 570S GT4 is a highlight for the KPR racing team.

The KPR GTS program in 2018 with see Klenin compete in all 18 races (eight in Sprint, ten in SprintX with Riddle).

The Colorado-based Premiere Copier will serve as the primary sponsor for the KPR McLaren duo of Klenin and Riddle in 2018.

The Racing Company to enter the Pirelli World Challenge