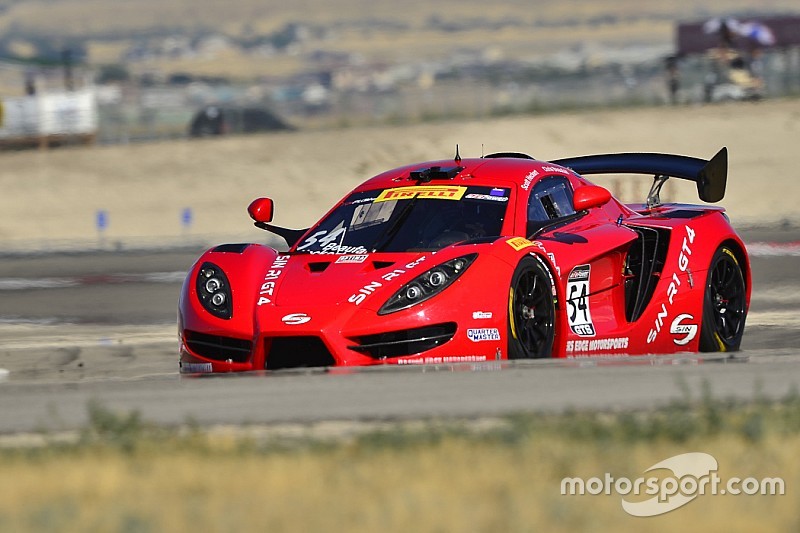 Scott Heckert won round 15 of the GTS class of the Pirelli World Challenge, taking a dominant victory in his SIN R1 despite a late yellow at Utah Motorsport Campus.

After Anthony Mantella won Saturday’s round 14 in his KTM XBow, Heckert made up for slipping back to fourth on Saturday by dominating Sunday’s race in his SIN R1 for his first win in the series.

The big battle of the race was over fourth, as Parker Chase (Ginetta) passed Lawson Aschenbach’s Chevy Camaro with 15 minutes to go.

Scott Dollahite slumped back through the field after running right up front early on, and was eventually punted off by an out-of-control Harry Gottsacker.

That caused a full-course yellow that eliminated Heckert’s 7s lead.

The restart occurred with just 4mins remaining, with Heckert pulling clear to win by over a second. Nate Stacy’s Ford Mustang stole second from Brett Sandberg's KTM, with Max Riddle jumping up to fourth in his Aston Martin Vantage after an amazing restart.

Chase repassed Riddle to claim fourth, with Aschenbach battling Montella so hard for sixth that Martin Barkey jumped both of them.