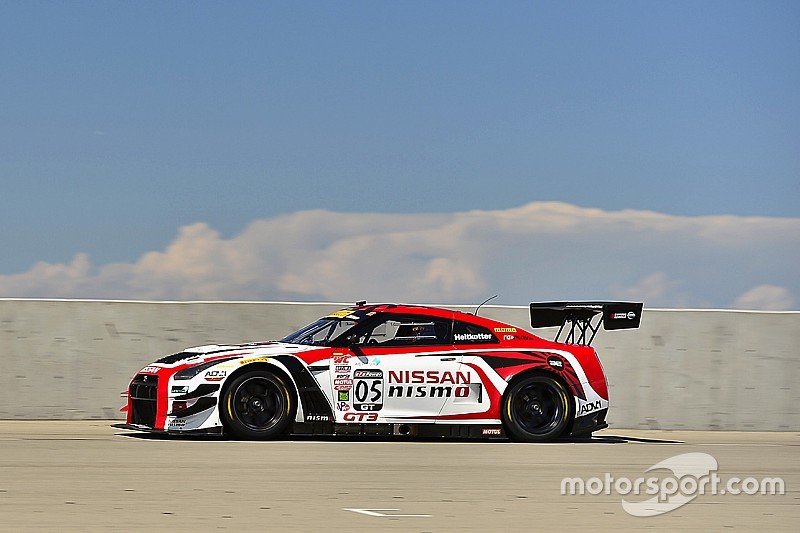 Bryan Heitkotter, of Fresno, Calif., converted an early lead to a race win in his Always Evolving Nissan GT-R at the Grand Prix at Utah Motorsports Campus.

Said Heitkotter afterward: “I knew I wasn’t going to pass Parente on the inside going into Turn 1 so I stuck with him on the straightaway at the start. There was space on my outside, so I moved there.

“Our car is really good on the opening lap. And it stuck on the braking zone and I pulled into the lead. From there, it was about hitting my marks and building a gap and keeping the integrity of the tires.

"We worked very hard on the car’s setup for today’s race. The car was good in qualifying but we made it better for the race. The guys at AE Autosport gave me a great car today. It was just amazing to drive.

"Hats off to the team and Nissan for supporting me over the years.”

Adderly Fong drove the Bentley Team Absolute Bentley Continental GT3 from a sixth-place grid position into third-place by lap 3, and ultimately passed the Acura TLX GT of Ryan Eversley on lap 21 to capture second place, and his third podium finish of the season.

Starting from P4, Patrick Long’s Porsche 911 got caught in traffic caused by the initial contact between Parente and Cooper, dropping him as far back as eighth place. But from there, the Wright Motorsports driver sliced forward, passed Eversley four laps from home and claimed the last podium slot.

In GTA, polesitter Frankie Montecalvo drove the No. 66 DIME Racing Mercedes AMG SLS GT3 apparently error-free, successfully fending off passing attempts as he made his way though traffic. Montecalvo's effort provisionally set the new course record for GTA at 1:50.248, secured him top spot on the GTA podium and pole position for Sunday's race.

Of note, Michael Lewis of Laguna Seca, Calif., drove the Calvert Dynamics/Curb-Agajanian Porsche 911 GT3 R to the fastest lap time of 1:49.525 which qualifies him for P1 in Sunday's Round 17 race.