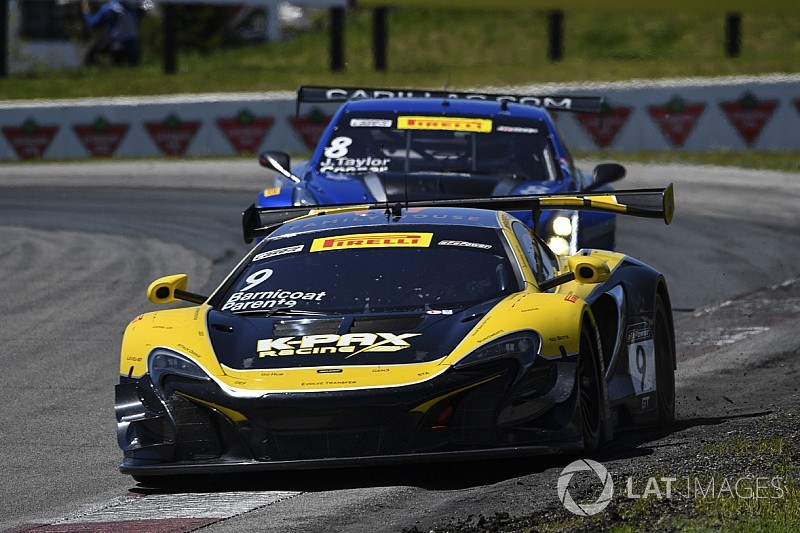 McLaren’s Alvaro Parente dominated the sixth round of the Pirelli World Challenge GT series at Mid-Ohio.

From the rolling start pole sitter Parente sprinted away in his K-PAX McLaren 650S to lead the Cadillacs of Michael Cooper and Johnny O’Connell.

Behind them, Bryan Sellars, Patrick Long (Wright Motorsports Porsche 911), and Daniel Mancinelli (TR3 Ferrari 488) all got around the slow-starting R.Ferri-run Ferrari 488 of Kyle Marcielli.

But Mancinelli later dropped back to eighth after Marcelli pulled off a bump-and-run move, which also allowed Ryan Dalziel to nip past in his Mercedes GT3. Marcelli was summoned to the stewards after the race for the move.

A full-course yellow was called when Pablo Perez Companc spun his Mercedes and stalled by the side of the track.

That lost Parente his 4s lead, but he got the hammer down again at the restart, as Cooper and his fellow pursuers became trapped behind a backmarker.

Cooper finished 6.8s behind, ahead of O’Connell, Sellars, Long, Marcelli and Dalziel.

James Sofronas won the GTA class in his Porsche 911.